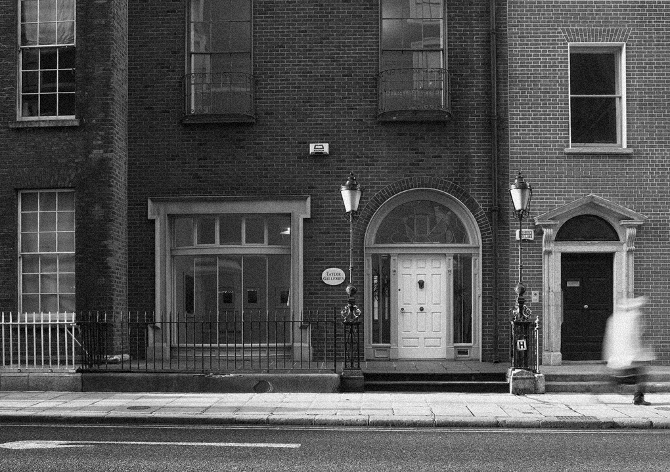 Taylor Galleries is a gallery based in Dublin that shows a selection of contemporary and 20th century Irish painting, sculpture, print and works on paper. Throughout the year Taylor Galleries mounts a series of solo exhibitions by gallery artists and two large group shows, one in August and one over the Christmas period. The gallery’s exhibition space is situated over two floors of a Georgian house which dates from 1759.

Taylor Galleries was founded by John Taylor in 1978 and a number of gallery artists were inherited from Leo Smith’s Dawson Gallery. The Dawson Gallery was established by Smith in 1944 at 4 Dawson Street, Dublin 2 following his departure from the Victor Waddington Gallery.

Bernadette Kiely: memory needs a landscape
Friday 5 May – Saturday 27 May 2017

Ann Quinn: The Place Where I Stand to Look out over This World
Friday 23 September – Saturday 8 October 2016