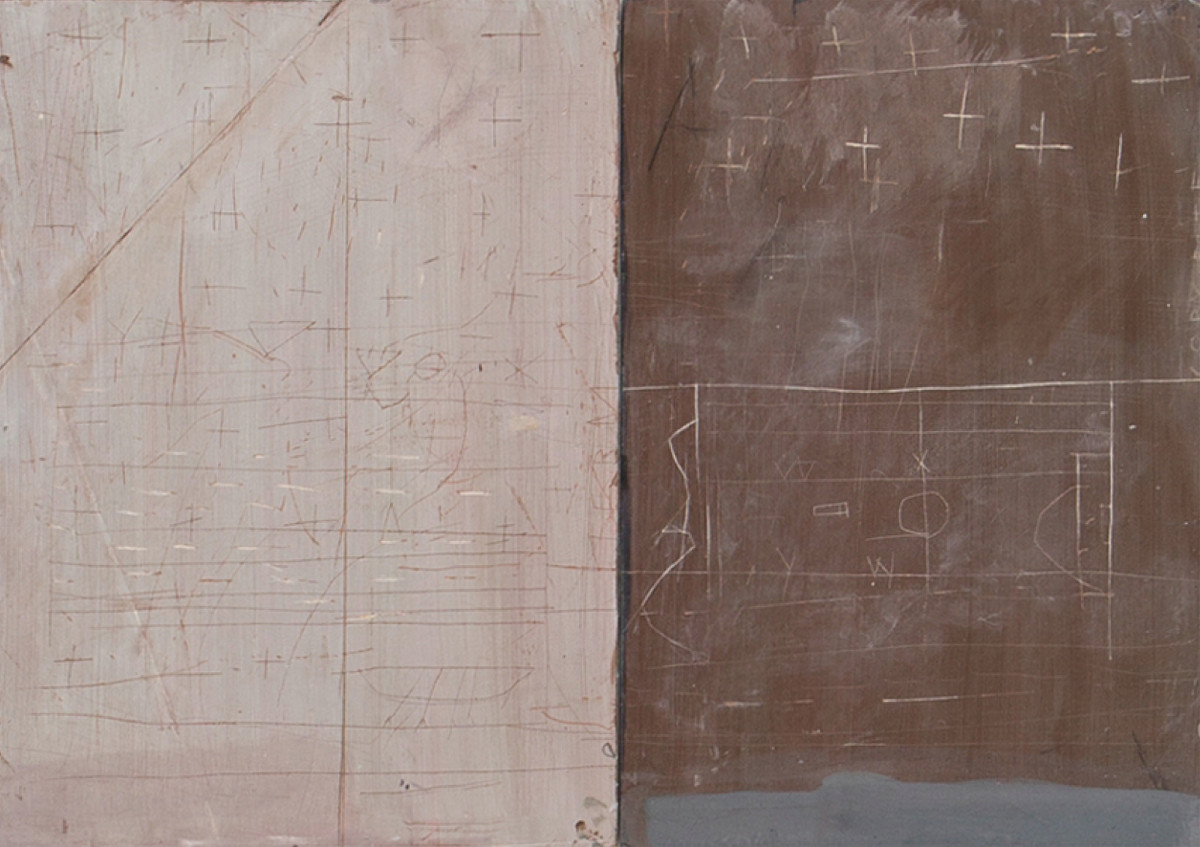 Taylor Galleries is delighted to present ‘SEAM’, an exhibition of recent paintings by Dublin-based artist David Quinn. Developed over the past two years, this new body of work was completed during the summer months in Callan, Co. Kilkenny, while Quinn was the recipient of the Tony O’Malley Studio Residency Award 2015. The residency provided him with the opportunity to experiment with working on a larger scale, and also saw him introduce a variety of new materials to his subtle painted assemblages. ‘SEAM’ is Quinn’s sixth solo exhibition with Taylor Galleries and runs from 23 October to 14 November 2015.

‘…[W]ith David Quinn there is this oscillation between work that meets us head on, whole, and work commences with detail, section, before building into its wholeness. The latter work takes its vocabulary from the elements of the building site – off-cuts, odd shapes, of plywood, MDF, Perspex. These elements are scored and bound together with glue or screw. Their presence on the gallery wall seems to challenge the order of architecture, to undermine the plumb and the level, to tilt us into asking where they get their authority from, how can they, from such abject origins, get to take the place of ‘art’. His larger works impact first and then invite analysis, proving that their ‘overall-ness’ is won through dense, obsessive actions. And it is this notion of labour, of work, that unites his two approaches. It is his valuing of toil, whether by the artist or the construction worker, that can take the ordinary and transform it into art or architecture.’