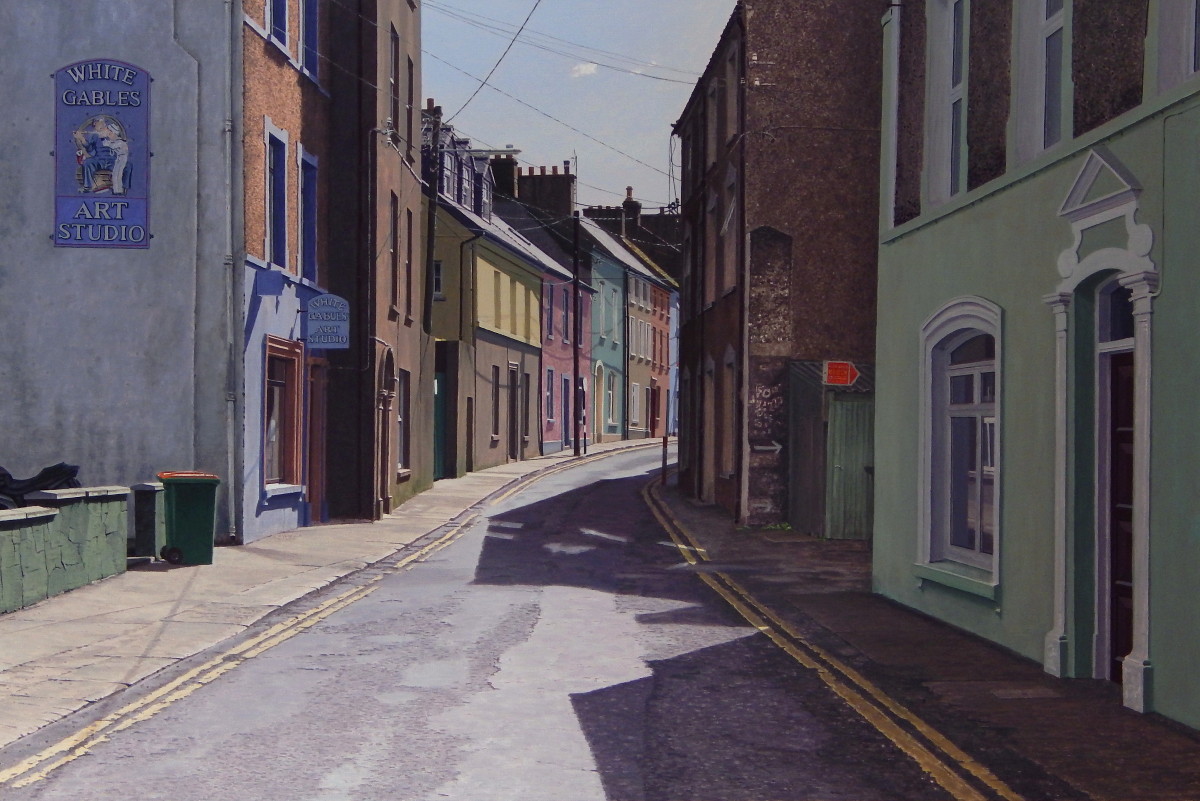 John Doherty has long been known for his finely detailed studies of the minutiae of life in an Ireland that is in the process of slowly fading from view, slipping from present into past tense. Much of his work focuses on the effect that the passage of time has on the surface of things, and he returns frequently to familiar leitmotifs – old shops in small country towns, petrol pumps, public houses that have long since called last orders and marine paraphernalia that resemble marooned relics of another time and place. In Legacy he presents a series of paintings that together comprise a close study of our built environment and encompass a vast array of architectural quirks and foibles, as well as intriguing aesthetic decisions made by owner/occupiers, that make them rich in vernacular variety and visual interest.

Born in Kilkenny in 1949, John Doherty studied architecture at Bolton Street College of Technology, Dublin (now DIT) from 1968 to 1973 before moving to Sydney and deciding to pursue a career as an artist. For many years he divided his time between Australia and Ireland but is now settled in West Cork. He completed a residency at the National College of Art in Papua New Guinea in 1979 and since then he has shown his work widely in solo and group exhibitions in both Ireland and Australia, most recently in Disconnect, a three-person exhibition at Uillinn: West Cork Arts Centre (2015). His work is represented in numerous private collections in Ireland, Australia, America and Europe, and also features in the public collections of the National Gallery of Victoria, Melbourne; Institute of Modern Art, Chicago; Irish National Stud; AIB Dublin and London; and Artbank, Sydney.