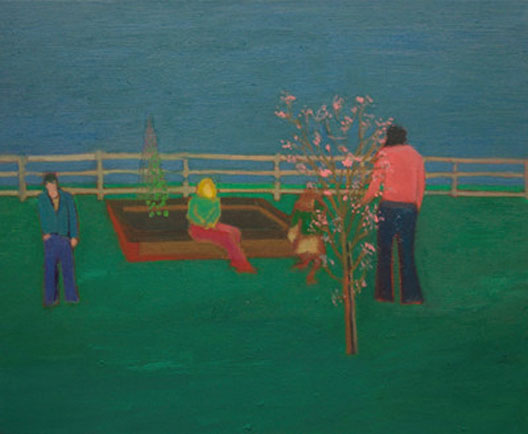 from the website: “THE PAUL KANE GALLERY IS CURRENTLY HOMELESS BUT WILL BE REOPENING IN A NEW VENUE SHORTLY. IN THE MEANTIME ALL ENQUIRIES CAN BE DIRECTED TO THE EMAIL ADDRESS OR TELEPHONE NUMBER BELOW.”

As one of the original alternative spaces of the 90’s The Paul Kane Gallery has shown the work of many of the foremost young Irish artists to have emerged over the last decade including Philippa Sutherland, Megan Eustace and Roisin McGuigan as well as more established artists such as Marc Reilly, Ben Reilly, and Kathlyn O’Brien.

In its new space at 6 Merrion Square, The Paul Kane Gallery continues as before but is widening its remit to include a selection of International Artists such as Tom Hammick, Basil Beattie, and Jane Bustin.