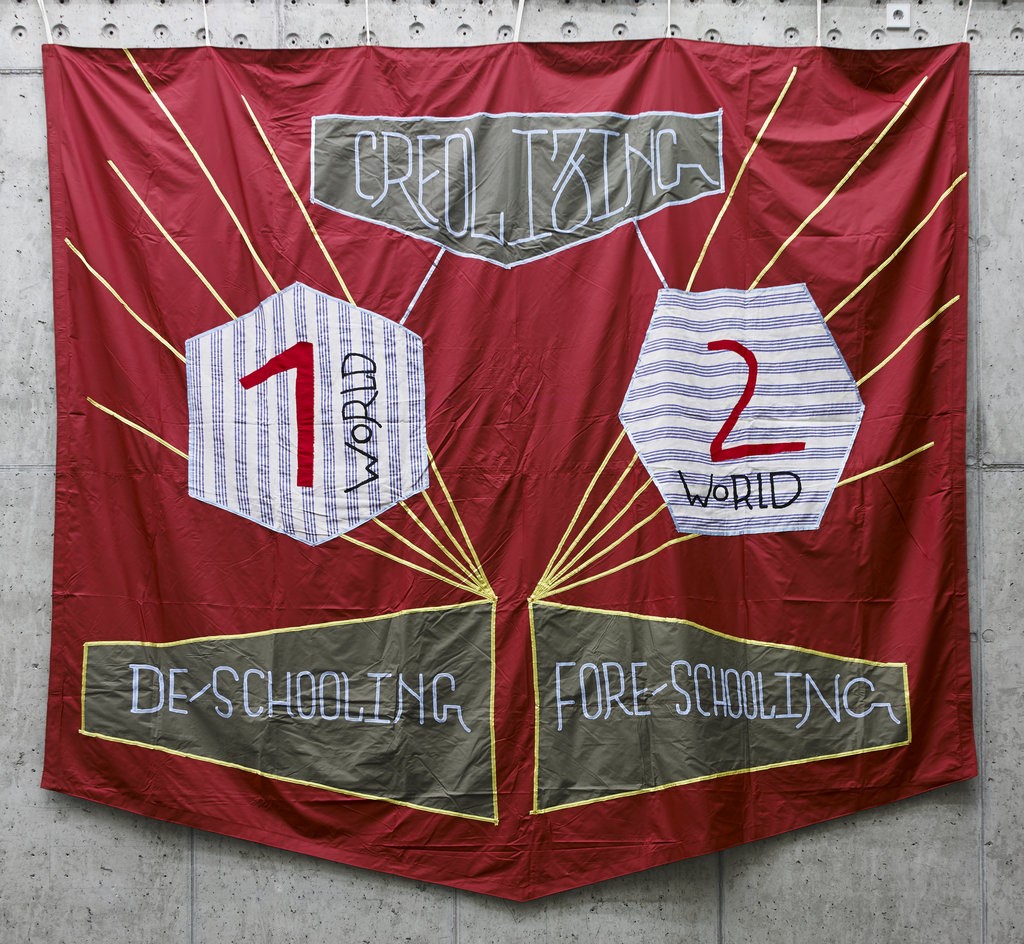 Hugh Lane Gallery is delighted to present the international group exhibition Worlds Without End – a rich and diverse series of visual stories centered around borders and the mindset of borderisation.

Watch our video around the exhibition here.

Historically, borders tend to be the location of international trouble spots. Prior to the global lockdown, there was a utopian vision of open borders, complicated by a populist push towards border fortification. This dichotomy has now been eclipsed by a pandemic that doesn’t respect borders. Politicisation of the pandemic, displacement of people, and restricted travel, as along with the drive towards an ever-increasing economic globalisation, have created further complex contradictions.

The curatorial idea for the exhibition Worlds Without End (WWE) was first conceived a year ago as a research-based collaboration between Sara Reisman, Executive and Artistic Director of the Shelley & Donald Rubin Foundation, New York and Michael Dempsey, Head of Exhibitions, Hugh Lane Gallery, who are the co-curators of WWE.

WWE opens a visual dialogue on the impact of borders on individuals and communities.  The twelve participating artists are drawn from different regional traditions and challenge our perceptions of national identities, envisioning utopian possibilities for understanding the place of borders, their proliferation and seeming obsolescence, in contemporary society. The exhibiting artists reveal their deep interest in current geo-political positions and social conditions with works that interrogate power structures, positions of privilege and human rights issues.  The artists’ concerns also extend to those established borders which cut through communities and neighbourhoods, bringing frustration, anger, suffering and death.

Covid-19 has created new fears and anxiety but it has also brought forth examples of positive, indomitable human spirit – from the arias sung from balconies in Italy to the millions of small acts of exchange towards neighbours and the more vulnerable in our societies; and the wonderful work of medical staff around the world who put their lives at risk to save others.

WWE focuses on the growing practice of fortification and surveillance created under guise of protection and care.  We may never reach our utopian ideals of a world without borders, but we must at least highlight and undo the practices of those regimes which, under the guise of safeguarding their people, inflict misery and hardship on others, shattering the basic tenets of universal humanity.

“Worlds Without End encompasses the perpetuity of time – reflecting on the rise and fall of empires in looking at how borders are erected and demolished in the rhythmic flow of human revolution.” – Barbara Dawson

WWE is based on the Rubin Foundation’s engagement with art and social justice programming in New York City and the Hugh Lane Gallery’s prominent role in Dublin’s civic and cultural life.

An exhibition not to be missed.