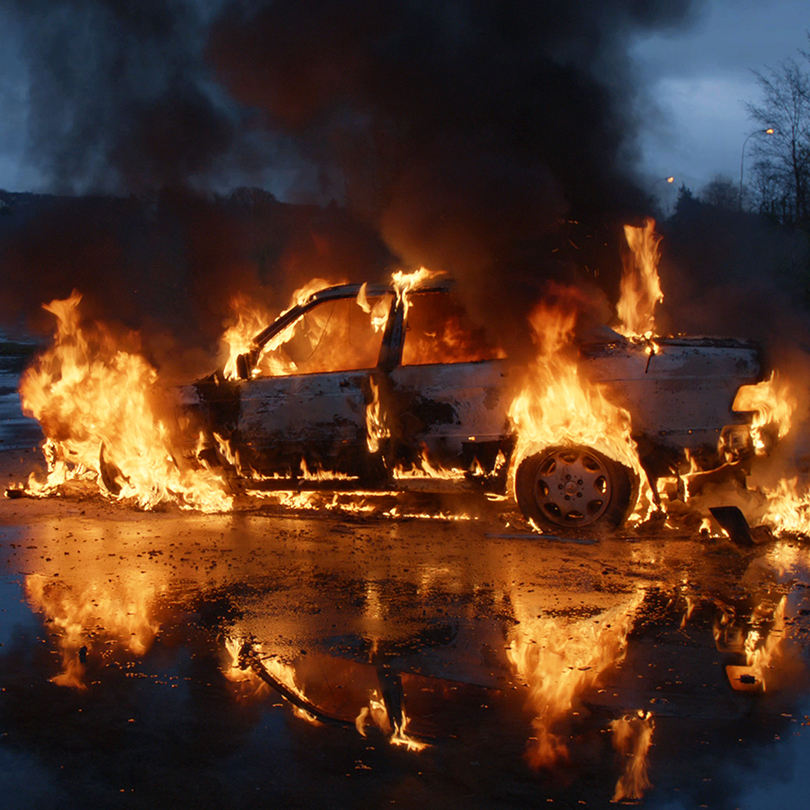 REMAINS (2013) is a video installation filmed in a number of locations in Derry, Northern Ireland, that have been used since the early 1970’s to carry out kneecappings, a form of punishment shooting used to control drug use and other forms of so called ‘anti-social behaviour’. Despite the relative calm achieved since the signing of the Belfast Peace Agreement in 1998, paramilitaries still seek to exert control over the lives of those who live in some of the most economically deprived areas. In 2012, a number of parents were forced to present their children for punishment shootings. REMAINS builds on Doherty’s interest in the relationship between landscape and memory and in working in locations that are contaminated with untold stories; some forgotten, some half remembered or unacknowledged. Doherty uses the camera to examine these locations in almost forensic detail. Long tracking shots serve as the backdrop to one man’s story as he recounts a lifetime’s experience of incidents of violence and control. His telling of these events is punctuated by the image of a burning car, a motif that first appeared in Doherty’s body of work in the early 1990’s. On loan from the collection of the Irish Museum of Modern Art.