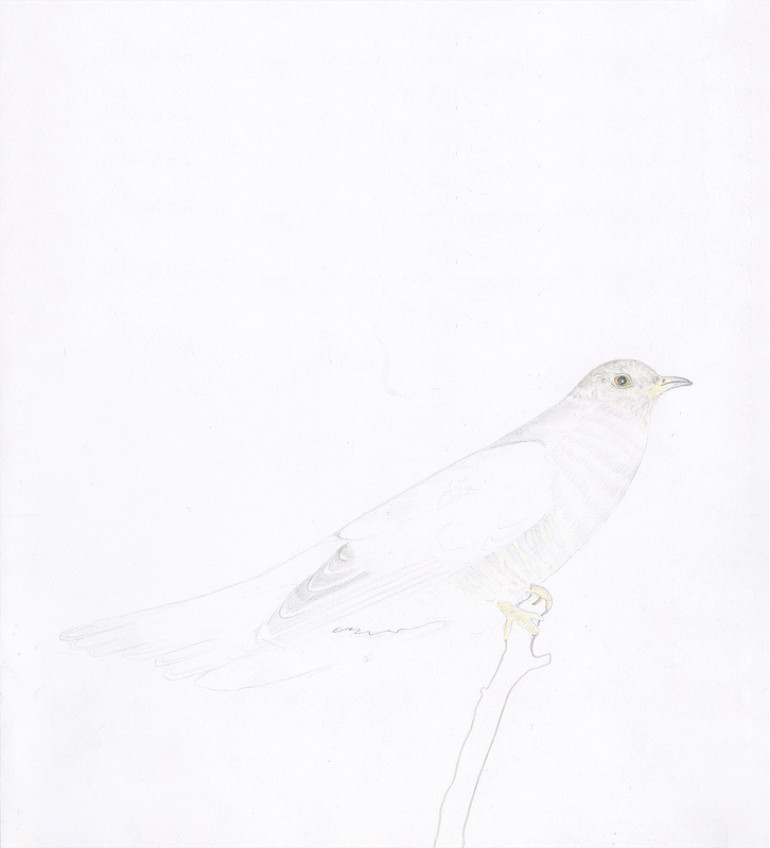 Cloud Cuckoo Land was originally shown in 2004, as part of the Douglas Hyde Gallery’s The Paradise series. Our reconsideration of the installation marks the fourth anniversary of McKeown’s passing, and posits that the late artist’s star has only continued to rise. As well as celebrating his life and work, the exhibition anticipates the lasting influence McKeown seems poised to cast on a new generation of artists.

For this immersive exhibition, the gallery is transformed into an artificial domestic environment. Intensely saturated, hand-printed wallpaper runs the entire length of the space, filling it with a jarring print of cuckoos and nooses. This oppressive interior finds its counterpoint in a series of contemplative Hope and Forever paintings, which puncture the wall like small windows. Each canvas draws the eye away from its high-impact setting, kicking back against its containment and offering a glimpse into the openness and expansiveness of light and colour. This concept was at the very core of McKeown’s practice.

On the opposite wall are a number of McKeown’s delicate drawings of violets, snowdrops, buttercups and poppies, each one marked by a fragility, lightness and beauty, bringing indoors the sense of home the artist found within nature.

The exhibition, both in its content and structure, explores the duality found within McKeown’s work, encompassing the enduring conflicts between containment and freedom, permanence and transience, openness and exclusion, feeling and rationalisation that resurfaced again and again across the duration of the artist’s career.