William Crozier: The Edge of the Landscape 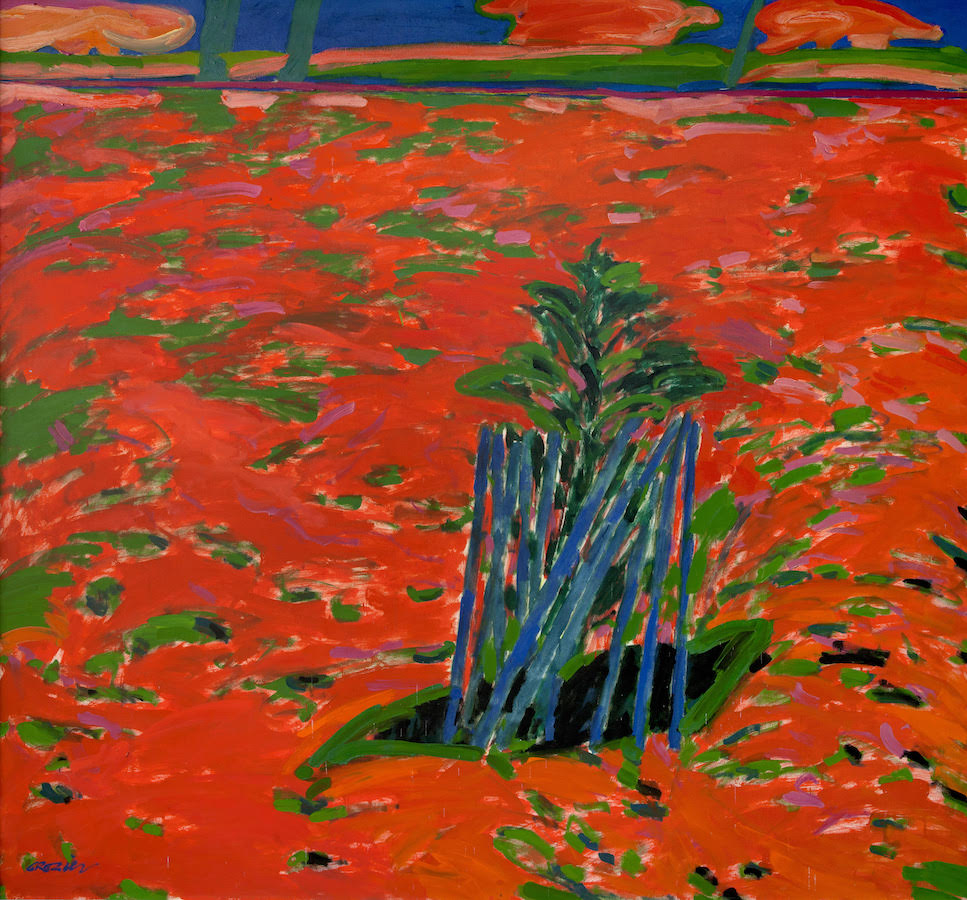 West Cork Arts Centre presents a major retrospective of the art of William Crozier (1930-2011), opening on Friday 14 July at 7pm. Best-known in Ireland for the lyrical landscapes he made close to his home in West Cork from the mid- 1980s, this exhibition presents these familiar works against a backdrop of his early work inspired by the Existentialist movement and the anxieties of the post-war period. The exhibition will be shown sequentially across two venues with Crozier’s later works from 1985 showing at Uillinn: West Cork Arts Centre from 15 July to 31 August, and his earlier works shown at IMMA: Irish Museum of Modern Art from 12 October 2017 to 8 April 2018. Both exhibitions are curated by Seán Kissane (Curator, Exhibitions, IMMA).

The First and Second World Wars directly inspired many artists like William Orpen and Paul Nash whose images of the horrors of trench warfare came to symbolise the wanton destruction of that period. William Crozier was fifteen years old when WWII came to an end; he was too young to be conscripted, but old enough to be deeply scarred by its effects. Crozier began to exhibit in the early 1950s and his bleak views of the British landscape seen in works like Essex Landscape (1959) are imbued with a darkness and pessimism that is immediately apparent. Crozier’s time spent in Paris, and his encounter with the Existential writings of Jean-Paul Sartre gave a voice to this malaise, and became a touchstone for the work he would make over the next fifty years. In the early 60s the human figure enters the work, but it is often interred in the blasted landscape or, later in the 70s it is flayed and skeletal. Reference is made to contemporary political events such as the Northern Troubles in major works like Crossmaglen Crucifixion (1975) that weave concerns with religion, violence and society.

Only ten years separate these works from the earliest of Crozier’s works inspired by the landscape of West Cork. Often described as ‘lyrical’ and praised for their vibrant colours many viewers are unaware of the deeply political context from which they emerge. His colours are that of the European Expressionists and employed by those artists to convey ideas of the inner life of the artist or alienation. Similarly Crozier’s visual devices can symbolise conflicting ideas. For example The Cut Grass from 1990 shows cocks of hay drying in a field. This may appear a romantic scene, but it is equally a portrait of an economically unviable small-holding.

William Crozier turned to landscape painting at a time when Neo- Expressionism was dominating artistic discourse, a gesture typical of an artist who consistently sought an individual vision and artistic path. Crozier’s connections to European painting and writers single him out as a unique voice. His quotation of Existentialism, and his expressionist style create very potent images – yet few of these seminal works have been seen in major exhibitions. This exhibition hopes to address that gap and reposition Crozier as an important post-war painter.