Wendy Dison: The Sound of Ravens 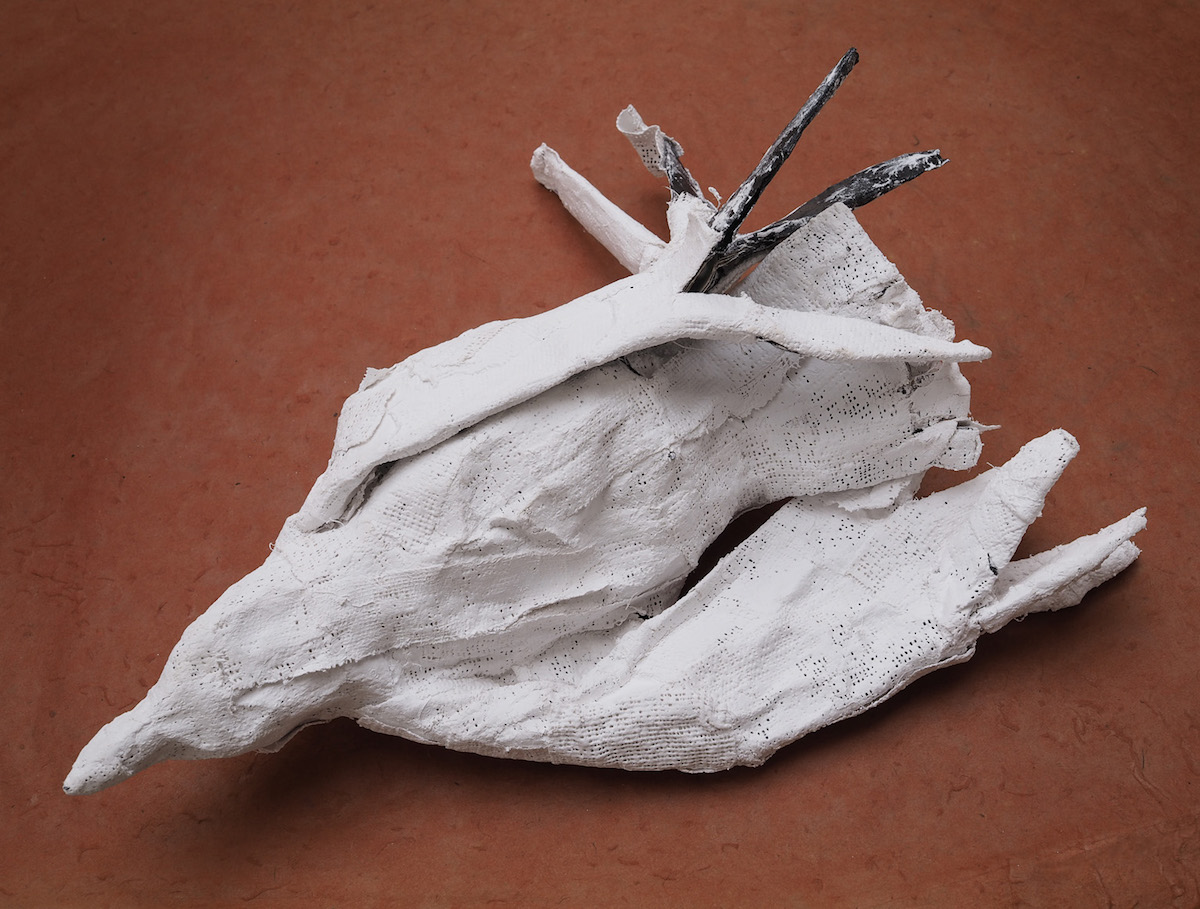 West Cork-based artist Wendy Dison has a deep interest in the symbolic language of other cultures, both ancient and modern which informed her painting practice for several years. This is related to her interest in the power of images to communicate what words cannot.

She has always had a deep attachment to wild places and for the last twenty years, to the landscape of West Cork. This engagement with landscape is deep and broad and includes more than the visual. The sounds, smells, feel, history and geology of a place are all part of the experience of being there. Sculpture is also part of her practice where she has used found objects and local materials- old farm implements, animal bones, hand-dug clay- for their connection to the landscape.

The raven is a central presence in many of the works for this exhibition. For Wendy, ravens are an integral part of the landscape as they are a permanent presence around her house. She is also interested in the symbolism attached to these birds – in many cultures ravens are a mythic symbol of death or are thought of as messengers or omens. She says “for about a year after my mother died I had struggled in my attempts to paint landscapes as I couldn’t find the meaning in them. My work was at an impasse. I walked on the mountain and thought about the ravens and how empty it would be if I couldn’t hear their cronking. I returned to the studio and began this body of work. It was made as a private working out of grief and most of it was finished in a few weeks of concentrated effort. The birds became a metaphor that enabled me to explore my grief. I originally made sixty seven of the small repetitive raven drawings, one for each year that I had my mother.”

For this exhibition, the predominately monochrome works on paper and sculptures developed side by side. White is associated with death in eastern cultures, while black is the western colour of death. Black and white also signifies the sharp dichotomy between ‘there’ and ‘not there’, between ‘absence’ and ‘presence’ a further exploration of grief and death.

Also included is the series Vessels for Memories made from different types of fired, unglazed clay, the shape of these small, fragile objects inspired by Minoan funerary vessels which would have held human ash or bones for burial.

The exhibition is accompanied by an illustrated publication with essay by artist and writer Dr. Siún Hanrahan.

Wendy Dison grew up in Liverpool and has lived in West Cork for almost twenty years. She has been an artist in residence at West Cork Arts Centre, has been awarded residencies at Cill Rialaig and Tyrone Guthrie Centre and has received grants from Culture Ireland when exhibiting abroad.