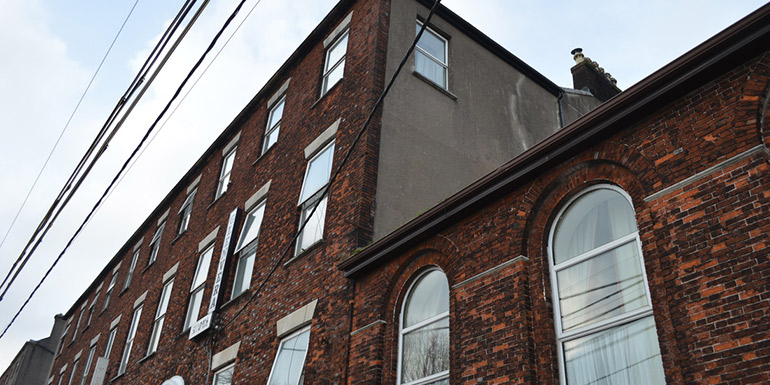 The Asylum Archive is an art, activist and academic platform that examines the notion of Direct Provision Centres; the localities and sites where asylum seekers are being held while in the process of seeking refugee status. It is the continuation of Vukašin Nedeljković’s ongoing work highlighting the injustices, confinement and incarceration of asylum seekers in Ireland. It is a significant work, since there is very little visual information about previous Irish carceral sites including Magdalene Laundries, Industrial Schools, Mother and Baby Homes and ‘Lunatic Asylums’.

From April 2007 to November 2009, Vukašin was housed in a Direct Provision Centre while seeking asylum. The Asylum Archive grew from that experience: “I kept myself intact by capturing and communicating with the environment through photographs and videos. This creative process helped me to overcome confinement and incarceration.”

Asylum Archive is directly concerned with the realities and traumatic lives of asylum seekers. Its main objective is to collaborate with asylum seekers, artists, academics, and civil society activists, amongst others, with a view to create an interactive documentary cross-platform online resource, which critically brings forward accounts of exile, displacement, trauma, and memory. It is not a singular art project that stands ‘outside of society’ engaged in an internal conversation; rather, it’s a platform open for dialogue and discussion with individuals who have experienced a sense of sociological/geographical displacement, memory loss, trauma, and violence.

It has an essential visual, informative, and educational perspective and is accessible, through its online presence, to any future researchers and scholars who may wish to undertake a study about the conditions of asylum seekers in Ireland.