Victoria J Dean, Niamh O’Doherty and Laura Smith: On the Border between Time and Loss 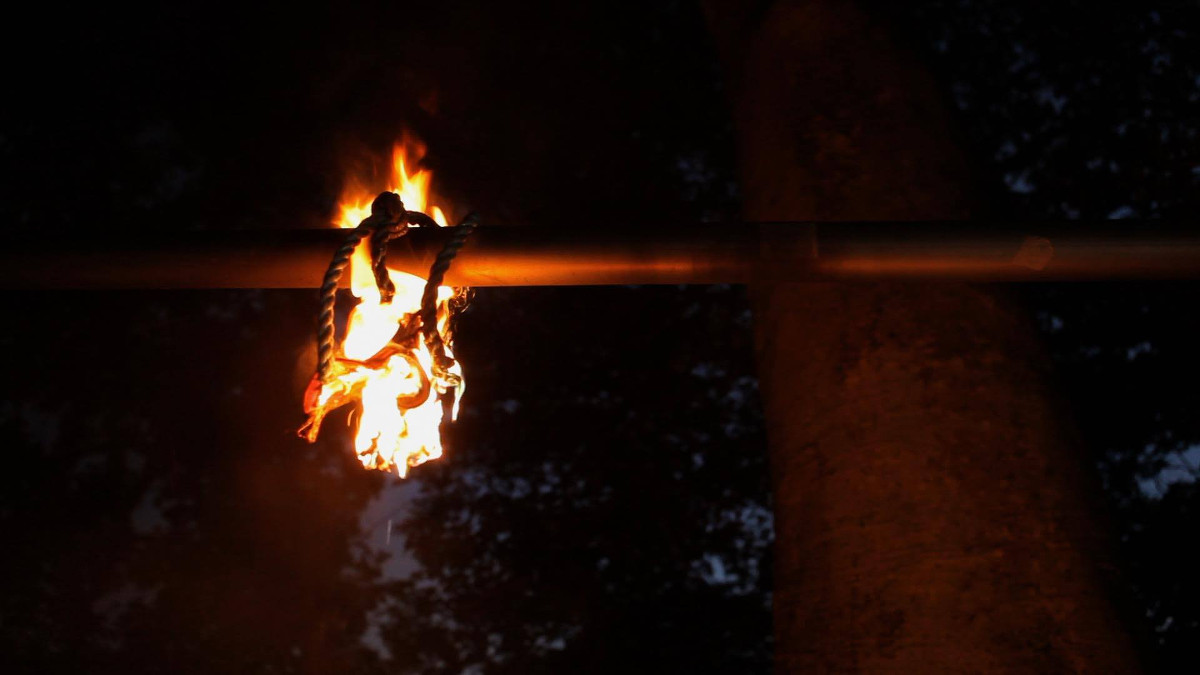 The exhibition title is derived from the investigations each of the three artists makes into boundaries, borders and restrictions people impose on themselves and each other. Niamh O’Doherty’s practice is concerned with how we measure time compared to what naturally happens in nature. O’Doherty’s new body of work has been made in response to two research trips to an island off the coast of Iceland, once during 24-hour daylight and once during 24-hour darkness. Victoria J Dean’s work is a visual map of manmade boundaries on the Irish coastline, and the interaction between natural and man-made boundaries. The investigation and sheer volume of work emphasises the relationship between an island – in this case Ireland – and the wider world. Laura Smith’s new video pieces addresses hope memories and traces of past conflicts and boundary-making can affect the present. Smith’s work questions how conflict is materialised through walls, politics and sometimes personal relationships. Smith also looks at islands in her work, with the two Diomede Islands, located either side of the International Date Line a feature of her new work in this exhibition. The use of these also brings into question the notion of time on conflict.

Victoria J. Dean is a photographic artist based in Northern Ireland, whose work is currently focused on Ireland’s coastline and the built environment. In an attempt to further investigate the human compulsion to rationalise space, Dean’s work records various examples of seaside architecture from public lavatories to bus shelters, promenades or functional leisure areas, and sensitively captures their various states of regeneration or repair to highlight the tensions between nature and the inevitable encroachment of human development on the landscape. Furthermore, Dean’s practise seeks to emphasise an attempt to control human behaviour within these spaces.According to Dean, “the various fortifications including urban furniture, encourage us to survey the natural environment from the safety of the man-made, be it from behind a wall, or from a bench”. Through rich imagery and meticulous documentation, Dean seeks to provide a contemporary iconography of coastal spaces. Dean has won awards from ACNI, Magenta Foundation and NIVAF. Recent solo exhibitions have been held in RUARED, Dublin (2014) and the Millenium Court Arts Centre, Portadown (2012). Group exhibitions include Circulation(s) 2014: Festival de la Jeune Photographie Europeanne, Paris, and Northern Ireland: 30 years of photography at Belfast Exposed and The MAC, Belfast (2013).

Niamh O’ Doherty is a visual artist based in Co Mayo whose work is characterised by a clean and simple aesthetic. The work is concept-led and primarily concentrates on afundamental questioning of the nature of timeand our direct experience of it: employing elements of performativity with the materials used such as digital film, analogue film, found objects, medium format camera or watercolour paint, O’ Doherty deals with issues of intersubjectivity, perception and the limits of vision. In 2015 the artist immersed herself in the sublime landscape of Hrísey Island, set in a narrow fjord off the north coast of Iceland and just south of the Arctic Circle where she experienced twenty four hours of daylight for three weeks in summer, contrasted with just two hours of daylight in mid-winter. The resultant documentation Reflections on Time began a body of work that becomes a phenomenological essay on vision, limitlessness and the limits of perception.Time is at once the material and the subject of the work: functioning as a framework for seeing and understanding the world, as a means of reflecting on life and society, and as a means of representing that understanding.Recent group exhibitions include Intelligent Machineryat Farmleigh Gallery, Dublin (2015), and On BeautyatRoscommon Arts Centre (2015). Previous solo exhibitions includeThe Enchanted Garden at Killruddery House, Wicklow(2013) and Reflections on Time at Broadstone Studios, Dublin (2014).

Laura Smith is a visual artist working in moving image.Through both fictional and factual narratives When all is Said and Done investigates political restrictions and the implications these actions can have on individuals, placing particular focus on moments of social disruption and transformation. Through a combination of scripted acts, documentary and found-footage, the video, which is divided into eight segments, focuses on specific histories relating to the forced division and deportation of communities. These acts focus on historical and present day border conflicts and the building of walls.The artist is particularly interested in the Diomede Islands in the Bering Strait: these are two islands situated on either side of the International Date Line, 3.8km apart, where one is currently owned by Russia and the other, USA. Travel between the islands is illegal, even though an ice bridge joins the two together in the winter months. Smith’s fragmented narrative examines both past and present day disturbances to address the residue history leaves on the present.There exists a pronounced dialogue within Smith’s work focused on social, political and cultural contexts.In 2014 Smith was awarded the Now Wakes the Sea Emerging Artist Award at Kinsale Arts Festival, which resulted in the solo exhibition Pallindrome in CIT Wandesford Quay Gallery, Cork (2015). Smith’s work has also been in group exhibitions such as Eva International: After the Future(2012), curated by Annie Fletcher and more recently Seachange, curated by Mary Cremin as part of Tulca Festival of Visual Art (2015).