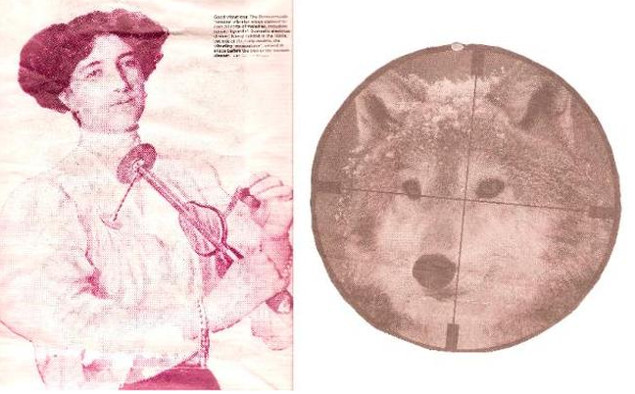 “because wherever I sat- on the deck of a ship or at a street café in Paris or Bangkok- I would be sitting under the same glass bell jar, stewing in my own sour air… I sank back in the grey, plush seat and closed my eyes. The air of the bell jar wadded round me and I couldn’t stir”

Selected for the Artist in Resident Award at Galway Arts Centre in 2012 ‘Megga Bubble Space Burbs’ is a reflection of Vicky Smith’s six-month residency. Smith’s practice centers on the production of art objects that are key components in the production of this physical bell jar city art installation. The two centerpieces of this exhibition are ‘Squawk Box’ and ‘Space Burbs’ both mimetic redundant bell jar machines that engage the audience in the analysis of the Bell jar syndrome. In this body of work, she uses the art object as a lever to open a dialogue about her research, collections, and analysis of this as well her curiosity with the Bell Laboratories.

The Bell jar syndrome stems from Sylvia Plath’s novel The Bell Jar. Psychiatrists’ and psychologists’ vocabulary has been enriched by the term “the bell jar syndrome” as Sylvia Plath’s novel triggered a wave of suicides among female university students suffering from the phenomenon coined by Betty Friedan “the female mystique.” The image of women in the 1950’s and the 1960’s (the suburban wife rearing children in and for a society of affluence) stood in sharp contrast with the career options opened up by women’s entrance into higher education, and there are even a number of women suffering from the same psychic syndrome today. It is the very pressure and vacuum of choice between binaries and the impossibility of reconciliation that is centre to Plath’s novel The Bell Jar. This is a continuing social constraint that exists like a thin skin on the surface. Smith believes it has manifested itself as silence. This is rooted in her interest in the ‘bubble enclosure’. These enclosures can be imaginary bubbles, real bubbles, and phenomenologically framed as a place/shape/form that people create during times of social and personal crisis that results in a lack of voice, protest, or disparity.

Initially she was transfixed by the bell jar as a sculptural form, as a concept with philosophical undertones, as sci-fi invention and by its original function as a piece of laboratory equipment used to contain vacuums while also seen as purely decorative common in the Victorian period. Smith concentrated on developing interplay of mediums within these bell jars. They are built-in sculptures on the mimetic machines containing videos and images of the modern and post-modern woman with emanating analogue sound waves and found objects. The employment of these found objects provides familiarity and access to artwork by bringing a whole array of different contradictory elements into a productive vacuum and cohesive dialogue with each other. This is not straightforward and plays with conceptual art ideas, video, text and humour to bring these thoughts into fruition while turning it completely on its head in a bell jar city installation space she has nicknamed Togethersville for this exhibition. This concept has formed the basis of this reflective exhibition of her visual art residency in Galway Arts Centre.