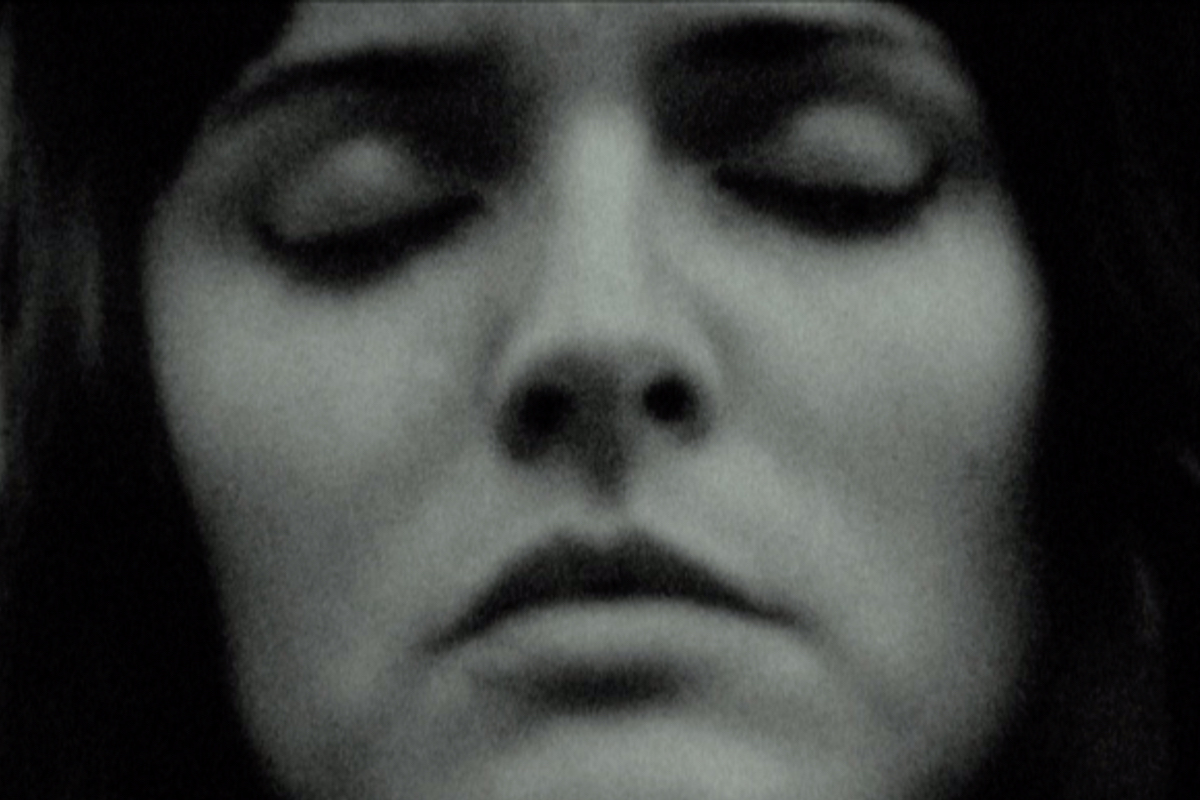 In partnership with Cork Film Festival

In Partnership with 64th Cork Film Festival, Personal Growth is a new Super-8 film work by Vicky Langan and Maximilian Le Cain. Over the course of their decade-long filmmaking collaboration, Langan and Le Cain have created an intimate, distinctive universe built on a striking match between Langanʼs magnetic, often troubling and intense presence as a performer and Le Cainʼs hypnotically disruptive visual rhythms.

Personal Growth is a new Super-8 film work, an enigmatic, fragmented piece that could have been filmed at any point in the past sixty years. It conveys the haunting charge of a privately made home movie of great significance to its creators but unsettlingly mysterious to viewers. Its grainy, black and white texture vividly renders the elemental coastal seascapes where it was filmed. Langan & Le Cain appear as a couple who inhabit this wild terrain as if it were a domestic arena.

Langan’s work operates across several overlapping fields, chiefly performance, sound, and film. She both embraces and projects vulnerability, offering an intimate territory loaded with personal symbolism and unguarded emotion. In opening herself emotionally, she creates warm yet discomforting rituals that at once embrace the viewer and remain resolutely private, exploring the limits of what can be shared between people and what must remain mysterious. Le Cainʼs filmmaking proposes a personal relationship with cinema as a site of haunting. Accepted visual and storytelling codes are encouraged to collapse into a more personalised system that approaches moving imagery as an experiential construct open to possession by multiple claims of memory and interpretation.

Langan / Le Cain are based in Cork. They are affiliated with Experimental Film Society, a company dedicated to the creation of uncompromisingly personal, formally challenging filmmaking. Based in Dublin, it has succeeded in forging a new and radically alternative Irish cinema. Through its distribution, their films have been widely screened at international venues and festivals.

Langan & Le Cain have made sixteen moving image works together. Their Arts Council funded feature film Inside (2017) was exhibited at TULCA Festival of Visual Arts; VISUAL as part of Carlow Arts Festival; and screened at The Luminous Void Experimental Film Festival, Dublin. Retrospectives of their film work have taken place at The Lausanne Underground Film & Music Festival; the Centre Culturel Irlandais, Paris; and at Microscope Gallery, New York. They also collaborate on live performances involving projection. Double-Blind, the most recent of these, premiered at the 2018 Cork Midsummer Festival. In 2016, Langan and Le Cain both attended the MA course in Art & Process at Crawford College of Art & Design, Cork, and subsequently participated in the exhibition slips, speaks at 12 Star Gallery, London that drew on the work of selected CCAD MA graduates.

Personal Growth is in partnership with Cork Film Festival and kindly supported by Cork County Council.