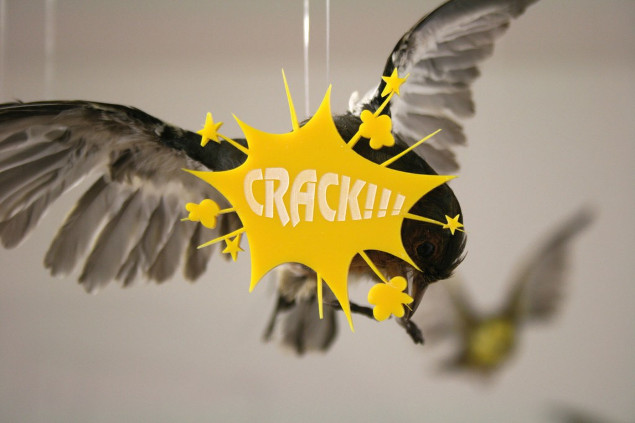 Vera Klute’s work looks at how we perceive the outside world and our place in it through our own subjectivity. It sees the individual as displaced in its own habitat. Like a natural scientist, the artist is attempting to make sense of an often absurd everyday life with its cycles, routines and habits. The work looks at the body as well as the environment to untangle physical and social relationships.

The artist tries to break down the nature of everyday life into its elements: the challenge of governing the physical body through an independent mind and interpreting the outside world while navigating a complex social environment. The boundaries between science and imagination become blurred in an attempt to give meaning to an existentialist chaos. The world is not seen as an objective, agreed upon reality, but rather a manifestation of the individual’s disposition.

German-born Vera Klute lives and works in Dublin. Since graduating from IADT in 2006 her work has been included in many exhibitions worldwide and is part of both private and public collections. Currently she is undertaking a commission for the National Gallery of Ireland and her work has recently been added to the National Self-portrait Collection of Ireland. Upcoming solo exhibitions include The LAB, Dublin, 2014 and QSS Gallery, Belfast, 2015. Previous solo exhibitions were held at WHAT, Waterford, 2013, the Butler Gallery, Kilkenny, 2011, Wexford Arts Centre, 2009 and The Lab, Dublin, 2006 and she was selected for FUTURES 11, 2011. She has received the Arts Council Bursary Award in 2008, 2009, 2011 and 2013, the K+M Evans Award at the 183rd RHA Annual, 2013 and the Emerging Visual Artist Award, Wexford Arts Centre, 2009.