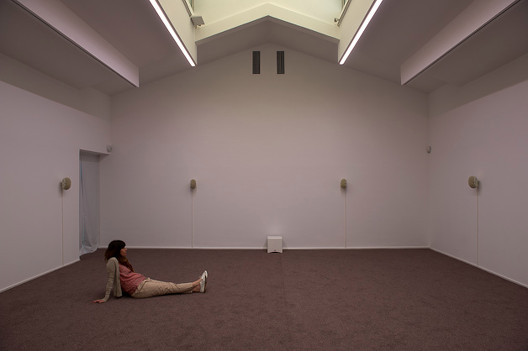 Uriel Orlow is known for his modular, multi-media installations that take specific locations and events as starting points and combine archival research with work in video, photography, sound and drawing. Orlow explores the spatial and pictorial conditions of history and memory, focusing on blind spots and forms of haunting. His installations bring different image-regimes and narrative modes into correspondence. ‘Unmade Film’ is an impossible film, fragmented into its constituent parts; an expansive collection of audio- visual works that point to the structure of a film but never fully become one. The work takes as its starting point the mental hospital Kfar Shau’l in Jerusalem. Initially specializing in the treatment of Holocaust victims–including a relative of the artist–it was established in 1951 using the remains of the Palestinian village Deir Yassin which was depopulated in a massacre by Zionist paramilitaries in April 1948. Unmade Film evolved out of long-term research as well as collaborations with actors, musician’s psychologists and pupils in East-Jerusalem and Ramallah. The various parts – The Staging, The Voiceover, The Score, The Storyboard, The Script etc. – combine voice, drawing, video, text, music and photography in an assemblage whose multiple meanings emerge in complicity with viewers of the work. Presented here at EVA International 2014 are the following parts of Unmade Film: The Voiceover, the Staging, the Script, the Stills, the Storyboard and the Closing Credits. Supported by the Swiss Arts Council Pro Helvetia.