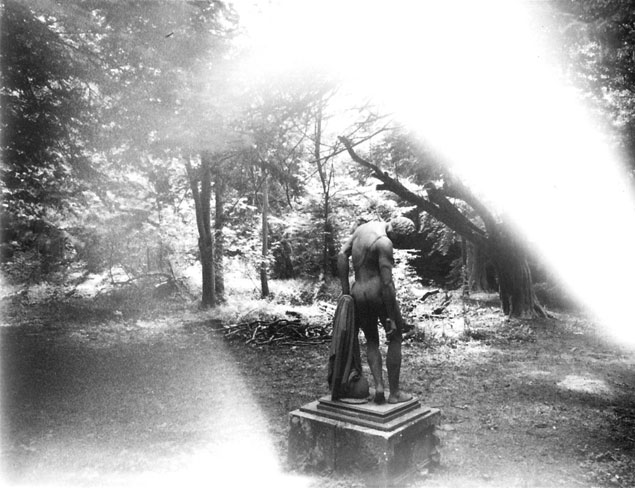 Unbuilding is an experimental visual arts project composed of 11 new commissions, an architectural intervention, screenings, international guests, local discussion and off-site events. It was set up to create an alternative way of making new work within a critical collective framework, which focuses on individual artistic practice through curatorial support. There are twelve artists and three curators in our group, all who have some relationship with or connection to County Wicklow. The project operated through meetings, conversations, a reading group, studio visits, critical engagement, a website and also included a significant architectural collaboration. This process has led to the development and making of eleven new art works. These include five site-based works by artists Bea McMahon, James Merrigan, Pauline Cummins, Tamsin Snow and Kate Minnock and eight studio-based works by artists Felicity Clear, Mary Kelly, Cliona Harmey, Kate Warner, Damien Flood & Alan Butler and Sinéad Ní Mhaonaigh. The close working relationship with architects Gráinne Shaffrey and Tomás Ó Connor became a central element in which to focus the exhibition of the artists’ work. For this they have designed a timber structure to be inserted into the Mermaid Gallery space and which will provide a platform to host a rotating exhibition (of one artist after the other) over eight weeks.

The Unbuilding programme is furthered by the inclusion of Katherine Waugh and Fergus Daly’s film The Art of Time to be screened on 7th October in the Mermaid auditorium. A programme of Double Bills which pitch artists with art writers who have been inspirational to our thinking will take place on Sunday 17th October and includes Francis McKee with Heather Peak and Ivan Morrison and Jesse Jones with Brian Dillon. Programmed as individual presentations that stem from the margins of culture and art-making and with wide-ranging and idiosyncratic content the Double Bills are conceived to trigger conversations out of possible juxtapositions and overlaps between the different participants. It will be an occasion also to see, the Irish premier of Jesse Jones’s film The Rise and Fall of the City of Mahogany, 2009, recently screened at the Istanbul Biennial.

Unbuilding as a project might be read as an activity or tactic to concentrate on critical practices. It traverses various topics of research and thinking around contemporary arts practice. Architecture as a metaphor pervades through many disciplines – philosophy, literature, planning, cultural anthropology, psychoanalysis and mathematics – but it is more of an undercurrent element – the word unbuilding – connecting readily with the precarious environment of abandoned sites, half-finished buildings, incomplete projects and uncertain futures. But Unbuilding might also be considered as a will to take apart, to deconstruct or shake the foundations of received assumptions, to create a metaphorical space through art that contains the promise of a better world, the possibility for change.

It is thus within a spirit of optimism that Unbuilding has been conceived and our group has operated under a ‘silver lining’ – with access to undeveloped fields, empty spaces, developer’s support, local authority support, estate agents’ willingness, architects’ time, available builders, and volunteerism – to arrive at this point through the help and support and generosity of many and through the commitment and perseverance of all involved.

Includes screening of Jesse Jone’s film, The Rise and Fall of the City of Mahogany, 2009