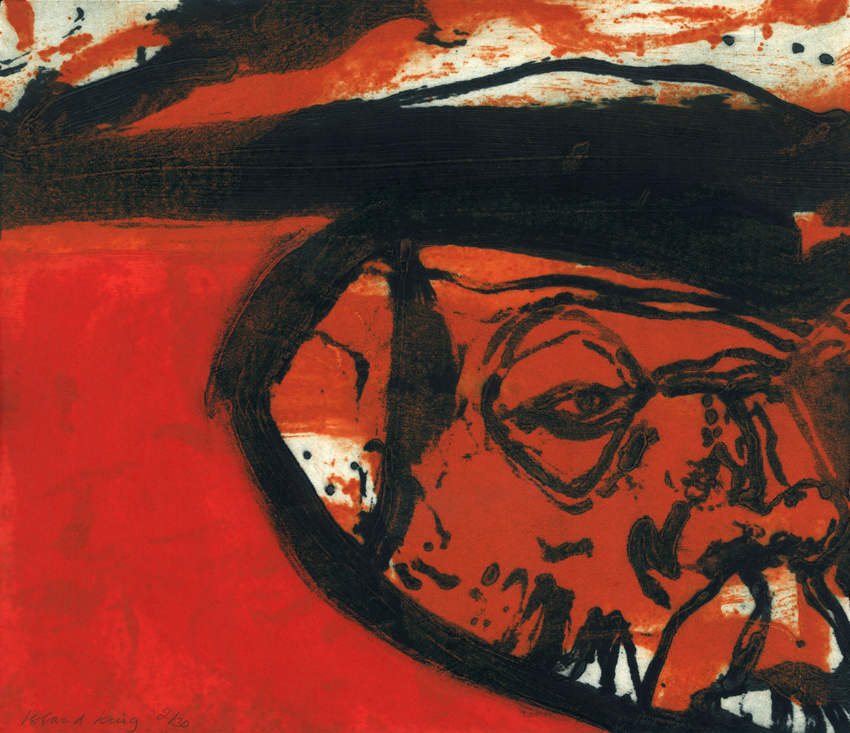 Graphic Studio Gallery is delighted to announce the opening of TRUE GRIT – an exhibition of carborundum prints.

Carborundum printmaking developed in the late 1930s and it is considered to be one of the most significant advances in print from Alois Senefelder’s invention of lithography in the eighteenth century.  Carborundum grit, made up of finely ground silicon carbide particles, is mixed with glue to create a paste. The artist paints this medium onto a plate and it is allowed to dry until it is hard. Ink is applied to the plate, adhering to the gritty texture of the artist’s mark. This is then printed in an intaglio press.

The 1980s saw a new interest in the process, often attracting artists that had not worked in print before. Carborundum is seen as painterly medium, the artist’s mark or gesture is preserved, allowing for tonal variation through its textured surface.  Variations of rich colour, with distinctive texturing and shaded, harmonic passages create beautifully nuanced art objects.

For this exhibition Graphic Studio Gallery is showcasing some of the most visually striking works produced over our studio’s history. It particularly highlights the work of renowned painters, that have worked collaboratively with Graphic Studio to create original fine art prints.