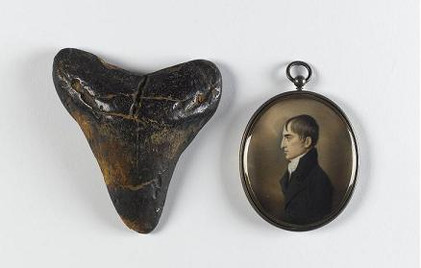 “The idea of Trove is to make new relationships between painting and object from collections that would rarely meet.” – Dorothy Cross

IMMA has invited internationally renowned artist Dorothy Cross to select an exhibition of work from the Collections of IMMA, Crawford Art Gallery, National Gallery of Ireland and the National Museum of Ireland. The resulting exhibition;Trove, will showcase the extraordinary depth of the National Collections in one unique and very subjective presentation. This is the first time that the National Collections have worked together in this way; presenting a combination of objects and artworks as one single exhibition. Thus Trove represents a unique opportunity for people to see works from both our art and object based National Collections together for the first time, presenting these works in a new and fascinating light. By the inclusion of works rarely seen by the public, Trove also celebrates and rediscovers many of the hidden treasures of our National Collections, revealing much about our collective identity through the objects we have chosen to collect.

Cross has delved into the Collections with an approach that is very much in keeping with her own practice of uncovering and gathering objects, which then find their way into her work, often after becoming part of her living and working environment. Cross’s work explores central themes such as the relationship between nature and the body, man and the environment, and time. The very essence of National Collections is to concern themselves with these same themes; reflecting man’s changing relationship with his environment over time through the collection and conservation of works. From the reassuring heft and solidity of the Medieval Ogham stones to the delicacy of a hummingbird’s nest; the immense scale of Thomas Ruff, Portrait, 2001 (210cm x 160cm) to the quiet miniature of Robert Stewart by William Bate (3.9 x 3.2 cm); the cold fascination of a shark’s tooth or the preservation of soft cow hide Pampooties from the 1940’s; Cross’s selection includes the manmade and the natural, the functional and the decorative, the religious and the poetic.

The mere act of selection reveals hidden narratives. The earliest objects in Cross’s selection are golden beads from the Collection of the National Museum dating to the late Bronze Age (800 – 700 BC), while the most contemporary is a work by Patrick Scott, Meditation Painting 28, from 2007 which utilises his trademark gold leaf, revealing our enduring fascination with gold across centuries and civilizations.

Commenting on the selection process Dorothy Cross said; “The invitation to search through the collections of the museums to find things that attract and excite and to then bring these together in a show was an extraordinary offer; a chance to re/consider things that have already been considered exceptional. The idea of Trove is to make new relationships between painting and object from collections that would rarely meet. The selection will not necessarily aim for the celebrity works but also the less known items that might otherwise remain in the shadows. The excitement of pulling open a drawer in the National Museum to find a row of bronze-age pots, cupboard after cupboard of giant balls of bog butter, or viewing racks of paintings in the National Gallery, some vulnerable awaiting restoration and some famous; considering Poussin in the same breath as a pale-blue penguin egg is what Trove is about”.

IMMA is delighted to once again welcome sponsorship from BNP Paribas which has a long history of art patronage, both in Ireland and internationally. Previous sponsors of The Moderns at IMMA, Gilles de Decker, Country Head for BNP Paribas in Ireland, said “BNP Paribas is delighted to partner with IMMA for yet another ‘first’. This unique gathering of the Nations institutions in Trove resonates for BNP Paribas’ Group representation in Ireland. The Trove exhibition is an extraordinary collection of artwork and objects that showcase Irish culture and heritage.”

To coincide with the exhibition at IMMA, Eyemaker by Dorothy Cross will be shown at the National Gallery of Ireland from 03 December 2014 to 08 March 2015.

Dorothy Cross lives and works in Ireland. Cross works in a variety of media including sculpture, photography and video. Cross has participated in numerous group shows internationally including the 1993 Venice Biennale, the 1997 Istanbul Biennale and the 2002 Liverpool Biennale. A major retrospective of Cross’s work took place at IMMA in June 2005. Recent solo shows have included Comma at the Bloomberg space, London, 2009 and Turner Contemporary Margate in October 2013 which toured to RHA in February of this year. Her work is included in the Collections of IMMA; Ulster Museum, Belfast; Dublin City Gallery The Hugh Lane, Dublin; and Tate Modern, London. Cross is represented by Kerlin Gallery Dublin and Firth Street Gallery London.

Roundtable Discussion | Collecting for the Public

Trove exhibition partners invite you to explore the treasures of their collections with their in house specialist team of curators and conservators through a series of talks and tours taking place across the partner institutions.

The exhibition is sponsored by BNP Paribas