Tonight, you can call me Trish 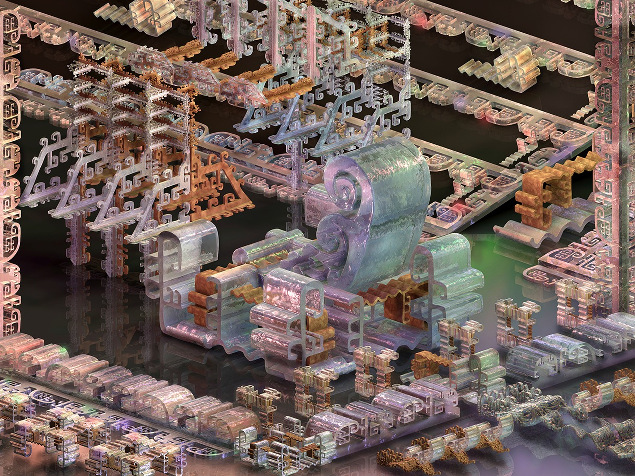 Tonight, you can call me Trish, or Sam, or Janice…

This is a landscape for dreamers, built on instability and optimism. Here, amidst an oasis of changing states and shifting relations, is where new potentialities emerge. Playing with precarity and performance, and the virtual as real, Tonight, you can call me Trish is a show which seeks to mirror-ball the invisible realities in which we orient ourselves.

The video works of Oliver Laric and Pilvi Takala vividly explore the no-mans-land between appropriated fiction and commercial control, while the intense hyper-worlds of Rachel Maclean and Brenna Murphy deftly navigate passages through the realm of the digital, into new and shimmering materialities. The scenographic staging, devised and led by Eilis McDonald and Mark Durkan, performs the receipt and display of these artworks, within the glassy confines of the LAB gallery. This conceptual layering between space and user is further enacted through Alan Butler’s visceral sound interface. Meanwhile, skewing logic and perception, Mary-Jo Gilligan and James ÓhAodha lead us on ephemeral engagements with distinct audiences, played out along the temporal axis of the exhibition.

With all the bluster of a one-night stand, Trish rides on the energy of art’s own glossy promise, in a mashed-up, smashed-up, post-decorative dissolution of illusion.

Tonight, you can call me Trish has been produced with kind support from Irish Art Courier and Kunstverein Düsseldorf.

The LAB Gallery is supported by Dublin City Council and the Arts Council.

Oliver Laric (b. 1981, Innsbruck, Austria) is based in Berlin. He studied at the Universität für angewandte Kunst Wien. Through his practice, Laric deconstructs and explores the productive potential of appropriation in the age of information. His ideas are brought to bear with biting precision, through conceptual layering and technological sophistication. His current ongoing project, Versions, has been presented at List Visual Arts Center; Art Basel; Skulpturhalle Basel and Frieze Art Fair. His work has also been exhibited at Seventeen, London; Tanya Leighton Gallery, Berlin; Centre for Contemporary Art, Prague; Fridericianum, Kassel; Kunsthalle Tallinn; Arnolfini, Bristol; Palais de Tokyo, Paris; X-initiative, New York; Artspace, Auckland; NGBK, Berlin; Vancouver Art Gallery and Mass MoCA, among other venues. Laric was a co-founder of VVORK, an art blog/virtual exhibition platform, which ran from 2006-2012.

Pilvi Takala (b. 1981, Helsinki, Finland) is based between Istanbul and Helsinki. She received her BFA and MFA from the Finnish Academy of Fine Arts, graduating in 2006. She held a studio at Rijksakademie van beelden voor kunst, Amsterdam 2009/10. Takala’s work often involves the performance of premeditated actions in specific social contexts. Through narrative, she finds ways to push the limits of tolerance/acceptance, and create moments of possibility and questioning within everyday life. She has exhibited at Carlos/Ishikawa, London; Kiasma Museum of Contemporary Art; Bonniers Konsthall, Stockholm; Palais de Tokyo, Paris; Galerie Diana Stigter, Amsterdam; New Museum, New York; Kunsthalle Lissabon; Kunsthalle Basel; Wiels, Brussels; Witte de With, Rotterdam; and CCA Derry/Londonderry, among other venues. She has also participated in the 5th Berlin Biennial; the 9th Istanbul Biennial and the 5th Moscow Biennial, and has presented work at 59th Internationale Kurzfilmtage, Oberhausen.

Rachel Maclean (b. 1987, Edinburgh, Scotland) is based in Edinburgh. She completed her BA in Drawing and Painting from Edinburgh College of Art (graduating in 2009). Maclean creates hyper-glowing, artificially saturated visions that are both nauseatingly positive and cheerfully grotesque. Working largely though green-screen, she is often the only actor or model in her work, playing a variety of characters who mime to appropriated audio. She has exhibited at Edinburgh Printmakers; Collective Gallery, Edinburgh; St Petersburg’s State Museum of Urban Sculpture; Flat_Pack Gallery, Dublin; Glasgow Film Festival; and MIMA, Middlesbrough, among other venues. In 2013, Maclean received the Margaret Tait Award, and recently participated on a 6-month residency at the Banff Centre, Canada.

Brenna Murphy (b. 1986, Edmonds, Washington, US) is based in Portland, Oregon. In 2009, she graduated with a BFA from Pacific Northwest College of Art. Murphy works with motifs that are influenced by traditional folk art and ancient patterns, re-crafting her observations into physical or virtual entities through her experimental exploration of infinite digital possibilities. She also explores noise as a medium through which to bridge virtual worlds with real-time experience. She has exhibited at Kunstverein Dusseldorf; Future Gallery, Berlin; American Medium, New York; Gloria Maria Gallery, Milan; Right Window Gallery, San Francisco; Philadelphia Art Museum; Index Art Center, Newark; and Festival Nrmal, Monterrey, among others. Murphy often works in collaboration with Birch Cooper as MSHR, and in the coming weeks they will perform a European tour, encompassing Transmediale, Berlin; Cell Projects, London and Exit Paris/Creitil, amongst others.

Eilis McDonald (b. 1982, Sligo, Ireland) and Mark Durkan (b. 1984, Cork, Ireland) are two independent Dublin based artists who occasionally collaborate. They both received their BFA from NCAD, Dublin, and have since exhibited (both independently and collaboratively) in a number of contexts. McDonald’s practice incorporates installation, painting, animation, video and digital technologies. Working through a highly developed language of visual energy, McDonald uses a mixture of images and found objects sourced online and from her immediate physical surroundings. Sometimes incorporating the work of other artists and peers she creates installations that simultaneously traverse physical, mental and networked landscapes while blurring the boundaries of authorship and ownership. She has presented work at Temple Bar Gallery & Studios, Dublin; Pallas Contemporary Projects, Dublin; IMMA, Dublin; Galeria Valle Orti, Valencia; Xpace, Toronto; 319 Scholes, New York; Stadium Gallery, New York; and Bemis Center for Contemporary Art, Nebraska among other spaces (both online and offline).

Durkan’s practice involves installation with occasional performance and video. His work negotiates the politico-cultural relationship inherent in the building of identities. Employing roleplaying processes and interior design methodologies, he engages with the architectural presence of a space and the people that embody it. Focusing on mechanisms of conflict in a process of world-building, he transposes people and place with a joint idiom of value and threat. He has exhibited at The LAB, Dublin; Solstice Art Centre, Navan, Co. Meath; The Museum of the Moving Image, New York; Dublin City Gallery The Hugh Lane; Kevin Kavanagh Gallery, Dublin; Visual, Carlow; 3331 Arts Chiyoda, Tokyo; Fabricca del Vapore and Via Farini, Milan; and at the German Chancellery, Berlin, among other venues.

Mary-Jo Gilligan (b. 1984, Dublin, Ireland) is based in Dublin. Her active and collaborative practice is often performative, with a deep interest in public art and somatic practices. Since completing studies in the University of Ljubljana and NCAD Dublin, Gilligan has worked with the following commissioning bodies; Portlaoise County Council, Out Of Site, Culturstruction and Dublin City Council. She has also undertaken residencies with Roscommon County Council, ID11 Netherlands, The Performance Corporation, VOID, Fís and Greenstar. Gilligan is the recipient of the Emerging Artist Award from Kildare County Council 2013, and a Studio Residency at IMMA 2012/13.

James Ó hAodha (b. 1985, Wexford, Ireland) is an interdisciplinary artist based in Dublin. Graduating in Sculpture from NCAD in 2009, Ó hAodha has continued to develop a socially engaged practice, working for the most part beyond the bounds of the exhibition space. Interested in the creation of encounters, his work often takes the form of intervention, performance/action and exchange, with a shared focus on how temporal encounters and site-specific work can inhabit and intersect with the space of the gallery. Ó hAodha has been involved in projects with Mermaid Arts Centre, Bray; The Joinery, Dublin; The Drawing Project, Dun Laoghaire; Fringe Festival, Dublin; Resort, Donegal; Chapter Arts Centre, Cardiff; Irish Museum of Contemporary Art; and Tulca, Galway, amongst others. He is currently a member of Ormond Studios, Dublin.

Based between Amsterdam and Dublin, RGKSKSRG is the paired curatorial practice of Rachael Gilbourne and Kate Strain. Viewing the space of the exhibition as a site for channeling aesthetic experience and systematic disjuncture, RGKSKSRG acts as a means through which to embrace conflicting ideologies and heighten agency. Core activities include the commissioning, presenting and contextualising of contemporary art. Recent projects include a choreographed performance through gesture to music, by Emma Haugh at (((O))), Clonlea Studios, Dublin (2013); and the year-long experiment in retro-programming at Project Arts Centre, Dublin (ongoing). The group show, Tonight, you can call me Trish (2014) marks the first major manifestation of RGKSKSRG’s practice.

The LAB and Dublin City Council are delighted to present this exhibition curated by the winners of our Emerging Curator Award. The award was developed to provide an opportunity for emerging curators to curate an exhibition. RGKSKSRG were selected by a panel of experts following an open submission process. The award offers the opportunity to curate an exhibition for the LAB Gallery with a stipend of €5000 and additional mentoring, technical and administrative support from the Dublin City Council Arts Office.