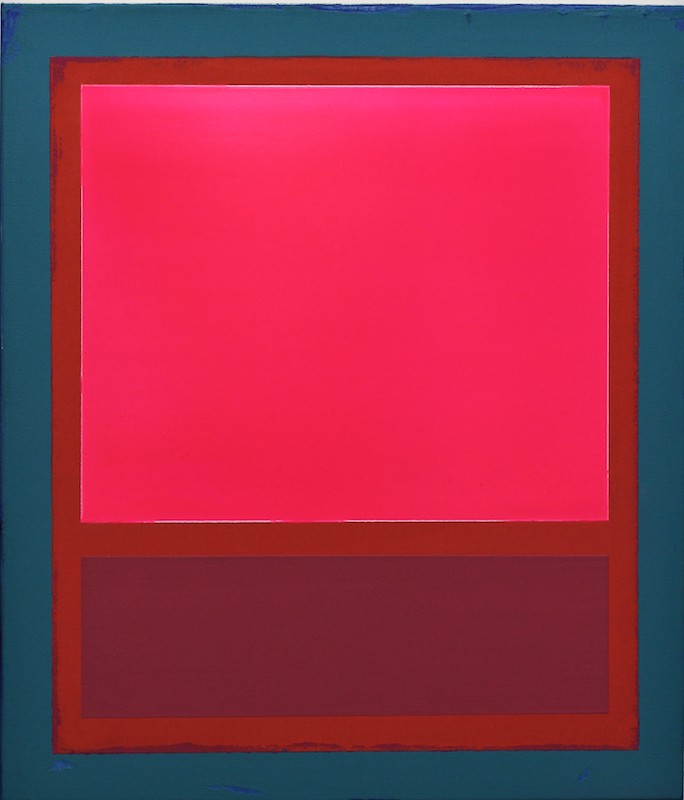 Tom Phelan brings a new and exciting series of paintings to the gallery. Continuing with his distinctive use of colour, space and light these new works has Phelan looking to the constantly changing seascapes, skies and horizons as an influence. From the muted tones of land and ocean and the fiery brightness of sky and air to the luminescence of dawn light and the saturated tones of dusk and sunset. His skillful use of abstraction and his exceptional keen sense of balance and texture create works that immerse us, leaving us with a sense of calm excitement.

Tom Phelan was born in Dublin and educated at Blackrock College and Dún Laoghaire Institute of Art, Design & Technology. In 1997 he was awarded one of nine international scholarships in Graphic Arts at Il Bisonte, Florence, Italy by S.D. Aerospace Design, Tokyo, Japan. He has been a member of Graphic Studio Dublin since 1992, was the Studio Manager and Master Printmaker from 2004 until 2007. Phelan has worked as an editioning printmaker and technician with artists such as Louis Le Brocquy, A.R. Penck, Michael Farrell, Tony O’Malley, Barry Flanagan and Donald Teskey. He is currently a freelance master printmaker and painter, and the head lecturer in printmaking at the Vienna Art School (Kunstschule) in Vienna, Austria.