Tom Flanagan and Megs Morley: Peaks of Present, Sheets of Past 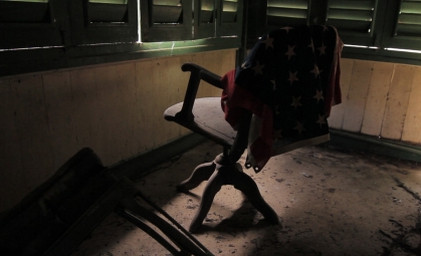 Tom Flanagan & Megs Morley’s collaborative work over the last number of years has been an ongoing investigation of the language of cinema and its relationship to history and memory. Their series of moving image work exploring real and imagined politically complex sites and forgotten histories, attempts to intervene into collective understandings of the present, exploring the space between images, memory, knowledge and action. Peaks of Present, Sheets of Past is the first time in Ireland that a selection of their past film works are being screened in the context of their new moving image installations.