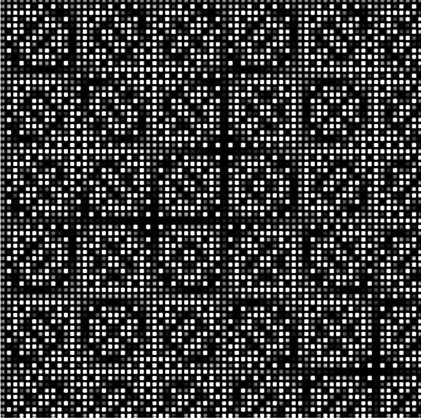 Because of our preconceived ideas or expectations, no place can be experienced objectively. Every place holds associations – physical, historical, mythical and emotional – imagined or otherwise. Everywhere we go we expect to encounter certain ideas, conversations; a particular linguistic infrastructure and aesthetic system.

Places where we encounter visual art, literature or music hold similar attachments and are conditional on fulfilling a pre-existing set of circumstances associated with audience interaction, communication and accessibility. ‘We live in frameworks and are surrounded by frames of references,’[1] claimed Robert Smithson. In order to develop a post-industrial concept of place, he developed the concepts of dislocation and displacement as a method of site-specific art.

A walk down a street today, with its numerous signs and advertisements selling new desires and alternative worlds, provokes and deepens this sense of dislocation, according to J.G.Ballard, who observed that ‘reality has become a mass of competing fictions.’[2] Our own realities have become the responsibility of the imagination.

So, what if we are to play with expected ‘codes of practice’? What happens when art or literature is placed in unexpected sites? What if our presence in a particular space at a particular time creates the artwork we are viewing? What if this work is accessible globally, every 10 minutes? How much does the site itself, as the place where we encounter artworks, affect the meaning of the work? How does it affect our direct experience, or the memory of the work?

Timecoloured Place is an attempt to play with the inherent uncertainties of the ‘site-specific’, bringing together science fiction from the 1950’s, contemporary poetry, live soundscapes created in real time and accessible anywhere, new sound works based on old recordings and visuals, which use technology to create, reinvent or breakdown.

The exhibition consists of artworks installed in the gallery by Henderson Six, a small book available with the work of J.G.Ballard and Patrick Chapman and three evening events which will take place over the duration of the exhibition.

Henderson Six develops custom software designed to be unpredictable and dynamic. The software acts as a provocative interface that encourages the viewer to re-experience a familiar act or phenomenon. ‘Radius Music’ directly explores musical composition and performance, collapsing both processes into a simultaneous and real-time action. The unpredictability comes from the interactions of visitors to the gallery who, intentionally or not, influence the sounds and subsequent visuals of the performance, simply by being in the same physical space.

The first event will take place on the opening night, with Russell Hart of economicthoughtprojects. He will present ‘The O’Sullivan Versions,’ a series of four newly commissioned sound works in response to a 1951 recording of an Irish Ballad including work by ETP, Machinefabreik, The Plumber Anders Quatret and Music for One. A number of short video works will follow on the night, including ‘The Amen Break’ by Nate Harrison, ‘Tape Reconstruction for Nixon and Haldeman’ by Allan Hughes and ‘MisinforMation’ by Mordant Music and BFI.

On 29th September, Invisible Alan and Dominic Hislop will present a call and refrain in music and video. On the night, Invisible Alan will release his EP of electronica entitled ‘Chubby Little Nerd’ and Dominic has prepared a set of video pieces in response to the music.

The final event on October 7th will show Mark V Rossi performing a series of works made from a network of audio signals and random processes using field recordings, old vinyl, found sound objects and real and virtual instruments, playing with notions of place, resemblance, intention and gesture.

The book which forms part of this exhibition will contain a story and and poetry. The story is ‘Prima Belladonna’ (1956), the first short story J.G. Ballard published. The poetry includes a poem entitled ‘Background Radiation’, a newly commissioned piece by Patrick Chapman. From the collection Vermilion Sands, Ballard’s story presents a futuristic world that deals with familiar psychological states: fear, obsession and anxiety, alongside the unfamiliar, exotic technology employed – in this case, ‘chloro-flora’. Chapman’s poem, written in 2011, responds to Ballard’s themes across more than half a century. It will appear in his next collection, A Promiscuity of Spines: New and Selected Poems, expected in 2012 from Salmon.

Timecoloured Place brings together disparate practices that resonate on a collective level in order to destabilise your expectations or preconceived ideas and might even take you by surprise. But then again, maybe you knew that already.

We will present ‘Prima Belladonna’ by J.G.Ballard, subject to final permission from the J.G.Ballard Estate.

Oonagh Young Gallery acknowledges the financial support of the Arts Council in making this exhibition possible.