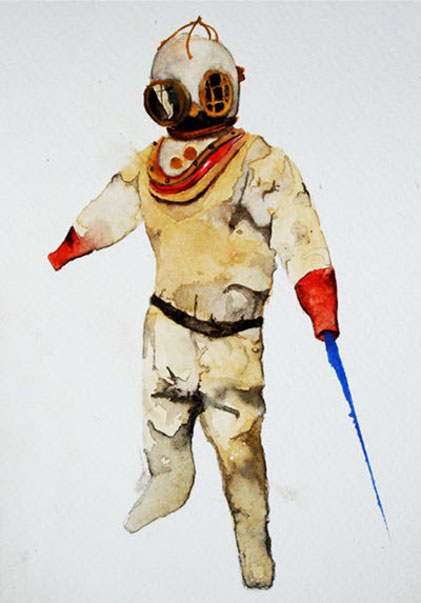 Limerick City Gallery of Art is pleased to present The Woods, an exhibition selected from The National Collection of Contemporary Drawing and Creative Limerick. Artist and founding member of The Collection, Sam Walsh, will open the exhibition. The Opening Reception will take place at Istabraq Hall on Thursday 9 September 2010 at 6pm.

Housed in Limerick City, The National Collection of Contemporary Drawing was established in the 1980s with the intention of collecting samples of work by artists from or living in Limerick. Over the years, this policy has been developed to include a cross section of practices by leading artists from or living in Ireland. The resulting collection of over 250 works is an eclectic mixture of techniques and conceptual concerns, highlighting the richness and diversity of Irish drawing.

The selected works in The Woods, accessioned into the Collection over the past fifteen years, include key pieces by David Godbold, Patrick Hall, Seamus Heaney, Alan Keane, Alice Maher, Eoin McHugh, Mary Moloney and Garrett Phelan. Each figurative work challenges purely observational methods often associated with traditional drawing, revealing the potential of imagination and the possibilities of the drawn world.

A year after the launch of the initiative, Creative Limerick also promotes creative potential in the city, having developed an exemplary model in negotiating the use of slack spaces for use in artistic and cultural activities. Producing a series of diverse practices and ambitious programmes, the Creatives actively contribute to and promote the cultural fabric of the city. Laura McMorrow (Wickham Street Studios / Occupy Space), Paraic Leahy (Wickham Street Studios / Occupy Space) and Clive Moloney (Faber Studios) present new works for The Woods.

The exhibition also includes a wall commission by the Creatives at All Out Design.

Limerick City Gallery of Art is part of Limerick City Council, funded by the Arts Council and supported by Fás, Fáilte Ireland, Shannon Development and the Heritage Council. ﻿