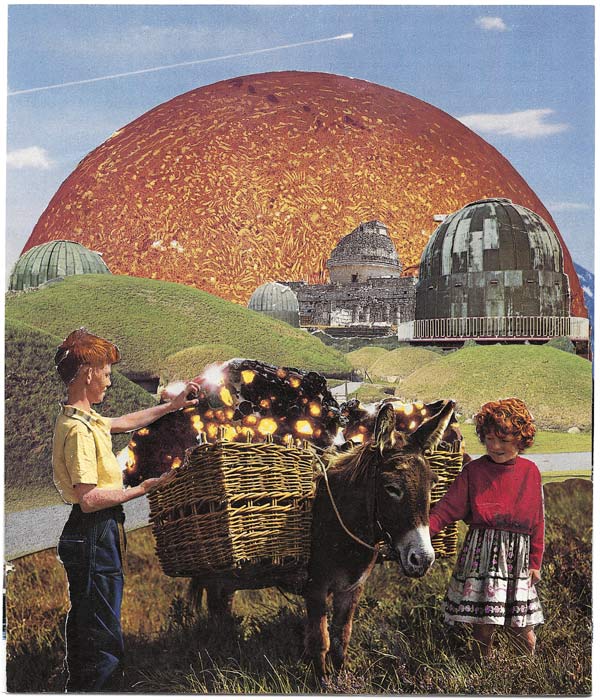 Join writer and documentary-maker Manchán Magan during the opening of The Otherworld Hall for a captivating journey through some of the elusive other worlds – mythological, physical, historical, cultural and archaeological – that he’s encountered on his travels, both in Ireland and abroad.

Solstice Arts Centre is delighted to present The Otherworld Hall, an exhibition of painting, drawing, sculpture, video and audio works that investigate the possible relationship that exists between the archaeological evidence of pre-Christian history in the Boyne Valley and our mythic past. The seven artists featured in the show include Aoibheann Greenan, Seán Hillen, Seán Lynch, Lucy McKenna, Tadhg McSweeney, Doireann Ní Ghrioghair and Nano Reid (1900-81).

Much of the interpretive material surrounding the impressive megalithic monuments (Newgrange, Knowth, Dowth, etc.) that have populated the landscape of the ancient Kingdom of Midhe for thousands of years focuses on their archaeological significance, with an emphasis on what their study can contribute to our understanding of Ireland’s history. However, there is also evidence that supports the notion that the archaeology of the Boyne Valley may illuminate, and even confirm the truth of, some aspects of myth.

The myths associated with the Boyne monuments were preserved in medieval Irish literature, particularly that relating to the Mythological Cycle, one of the four main story cycles in Irish mythology. Its tales centre on Brúg na Boinne, the Otherworld mansion or hall on the Boyne, which was home to the Tuatha Dé Danann, a supernatural race of gods and demi-gods that lived between the Otherworld and the human world. They included the great god Dagda and his son Óengus (who is said to have lived in the Newgrange tumulus), and their association with the passage tombs is cited as a reason for the endurance of the monuments. The link between Dagda as sun god and the light entering the tomb chamber at Newgrange on the Winter Solstice would seem to suggest an agreement between prehistoric archaeology and ancient myth relating to the monument’s creation and usage.

Inspired by Louth artist Nano Reid’s interest in the Boyne landscape (in particular her 1963 painting Where Oengus Óg Magnificently Dwells) and fascination with how past and present, history and myth co-exist simultaneously in the ancient monuments of Knowth, Dowth and Newgrange, The Otherworld Hall invites participating artists to take Meath’s pre-Christian archaeological heritage as a starting point from which to explore the intriguing convergence of history, archaeology and myth that is present in the Boyne Valley’s megalithic tombs. By doing so, the exhibition invites visitors to reconsider their preconceived ideas about how and why these monuments came to be, and what stories they really tell.

Curator’s Talk: Sabina Mac Mahon
Sat 2 December, 2:00pm
Find out more about the artists and works in the exhibition during an informal walk-through of the show with curator in residence Sabina Mac Mahon.
Admission free, booking required.Book Now

Family Workshop: Megalith Mania!
Sat 28 October, 11:00am – 12.30pm
Sat 25 November, 2:00pm – 3.30pm
Ever wondered how the megalithic monuments of the Boyne Valley were made? In this workshop children can learn more about these fascinating architectural structures and the stories they contain while constructing their very own mythical monuments from card, paper and much else besides! Admission free, pre-booking essential. SOLD OUT

Family Event: Storytelling – Myths and Legends of the Boyne Valley
Sat 4 November, 2pm
Listeners of all ages are invited to join yarn-spinner Aindrias de Staic on this exciting family-friendly expedition through the historic landscape of the Boyne Valley as you’ve never seen it before! Myths, legends and tall tales of all kinds collide in this live storytelling event. Admission free, booking required. SOLD OUT

The Otherworld Hall is kindly supported by Creative Ireland and is part of the Solstice Arts Centre Celebrating 10 Years programme.

Sabina Mac Mahon as Curator in Residence 2017 is supported by The Arts Council /An Chomhairle Ealaíon.