The Moderns: The Arts in Ireland from the 1900s to the 1970s at the Irish Museum of Modern Art 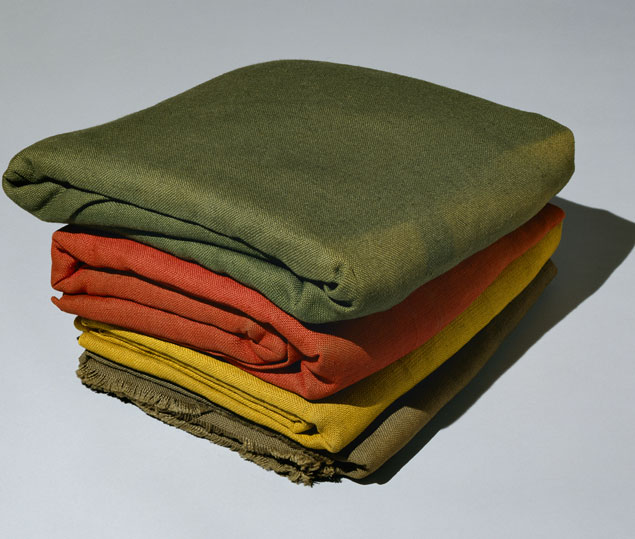 A major exhibition examining the development of modernity in 20th-century Ireland through the visual arts, and other art forms, opens to the public at the Irish Museum of Modern Art on Wednesday 20 October 2010. The Moderns: The Arts in Ireland from the 1900s to the 1970s is one of the most ambitious exhibitions ever undertaken by the Musuem, comprising some 250 works by more than 180 artists, writers, film-makers, architects, designers and composers. It presents the work of many of the 20th century’s leading creative minds and constitutes the most extensive showing to date from IMMA’s own Collection. The exhibition will be officially opened by the Minister for Tourism, Culture and Sport, Mary Hanafin, TD, at 7.30pm on Tuesday 19 October.

The Moderns focuses on the innovative and the experimental and employs a broad, interdisciplinary approach. It brings together exceptional examples of painting and sculpture, photography and film, architecture, literature, music and design of Irish significance from the 20th century. The exhibition clearly positions photography as part of mainstream visual art, through photographs taken by J M Synge, George Bernard Shaw, Roger Casement, Fergus Bourke and many others.

Curated around the Museum’s Collection, and occupying almost all of IMMA’s main building, the exhibition includes many superb loans from public and private collections in Ireland and beyond. The Moderns focuses primarily on the arts in Ireland but also includes the work of some European artists, mainly French and British, who had special relevance to what was being done in this country.

Commenting on the Museum’s reason for staging the exhibition, Irish Museum of Modern Art Director Enrique Juncosa says: “A central aim of this project is to highlight the importance of the Collection to us at IMMA, and how this exhibition has to be more than the mere display of considered masterpieces as if they were trophies. It is important that the Collection [is] used as an educational tool and as a mechanism to encourage debate, historical analysis and scholarship. With The Moderns, we wish to present visual culture in relation to other art practices – none of them, after all, were developed in isolation – and to analyse contexts and aesthetic development and changes.”

The Moderns is being presented more or less chronologically, starting with J M Synge, George Bernard Shaw, Roderic O’Conor and William Leech and closing with the earliest post-modern artists such as Michael Craig-Martin, Barry Flanagan, Sean Scully and James Coleman. Special displays range from the work of Eileen Gray and Mainie Jellett to that of Jack B Yeats and Francis Bacon. In addition, Samuel Beckett’s Film made in 1965, is presented as one of the major visual arts works in the Irish canon. The exhibition also considers the vision and enterprise of collectors, gallerists and other individuals whose contribution qualifies them for inclusion in any survey of modernity in Ireland.

In the field of architecture, The Moderns references major achievements such as the Shannon Scheme in the late 1920s, the Irish Pavillion at the 1939 New York World Fair and the internationally-acclaimed bus terminus, Busáras, by Michael Scott, as well as a host of innovative architects such as Noel Moffett and Andy Devane, and later Scott Tallon Walker, Stephenson & Gibney and others.

The show presents first editions by leading Irish writers, including W B Yeats, James Joyce, Samuel Beckett, Anthony Cronin, Brian Friel, Seamus Heaney and many others. In addition, it will feature a selection of critically-acclaimed music, in manuscript and audio form, by Frederick May, Sean Ó Riada, Seoirse Bodley, Raymond Deane and Gerald Barry and will acknowledge the achievements of Woodtown and Claddagh Records.

Works specially selected by the Gallery of Photography include photographs made by Roger Casement in the Congo, self-portraits and other images by George Bernard Shaw and an array of remarkable photographs made by Independent Newspapers’ photographers during the 1930s and 40s. The Irish Film Institute (IFI) will present a parallel programme of screenings and related discussions for The Moderns around classic films such as Battleship Potemkin by Sergei Eisenstein (1919), Man of Aran (1934) by Robert J Flaherty, Film by Samuel Beckett (1965) and Caoineadh Airt Ui Laoire (1975) by Bob Quinn, inspired by the Irish lament The Lament for Art O’Leary.

Referring to the influence of Modernism on the arts in Ireland, Enrique Juncosa says, “It has very often been said that Modernism did not really happen in Ireland, but clearly a lot of the best art produced here demonstrates a knowledge of international ideas of the period, even if those were filtered or tinted with local myths, beliefs, traditions, history or politics.

The exhibition is jointly curated by Enrique Juncosa and Christina Kennedy, Head of Collections at IMMA.