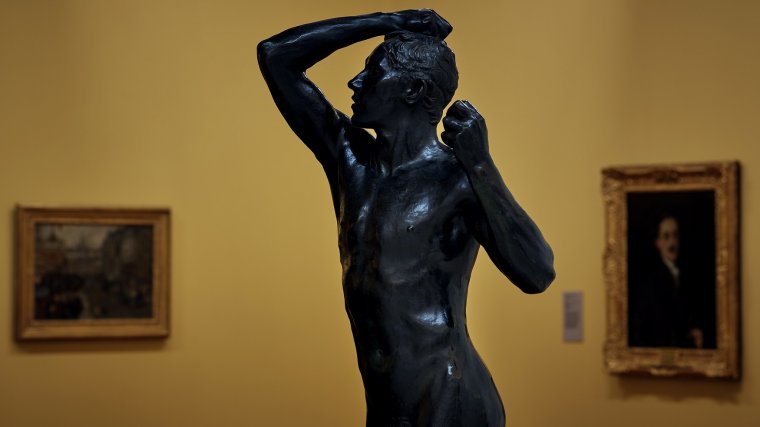 The Lane Legacy exhibition, which was launched by Uachtarán na hÉireann, Michael D Higgins on 20 January 2020, celebrates the gallery’s founder, the philanthropist Sir Hugh Lane, as well as the gallery’s 112th anniversary. Its establishment in 1908 was welcomed with great excitement across Europe. French newspaper, Le Figaro, described it as “a museum envied by the most prosperous states and the proudest cities.”

The Lane Legacy looks back to an era of great cultural innovation in Ireland. Inspired by the Irish Literary Renaissance, Sir Hugh Lane championed the visual arts and was one of the very first promoters of Irish art practice in Ireland as well as abroad. The establishment of the gallery was the most important cultural event in the birth of Modern Ireland. It is a unique and priceless example of early 20th century international philanthropy.

All works in the exhibition were donated by Sir Hugh or his supporters: the general public, artists and collectors. Included are paintings from the Sir Hugh Lane Bequest 1917: the group of thirty-nine paintings that the Hugh Lane Gallery shares with the National Gallery, London. Among the works on view are Manet’s Music in the Tuileries Gardens, Lavacourt under Snow by Monet and Beach Scene by Degas.

Irish painters feature strongly in the exhibition, from William Orpen and John Lavery to Nathaniel Hone and Walter Osbourne. Also on view is the pre-Raphaelite masterpiece The Sleeping Princess by Edward Burne-Jones, alongside works by Augustus John and James McNeill Whistler. The story of the founding of the gallery is told through portraits – including those of Lady Gregory, Sarah Cecilia Harrison and WB Yeats – many of which were commissioned or collected by Sir Hugh Lane.