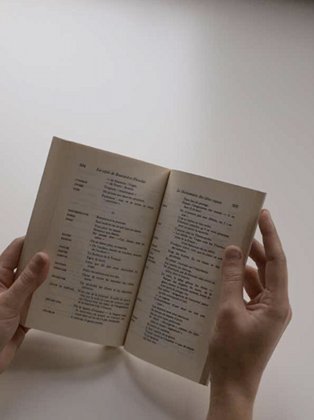 “Against our real world, which by its very nature is fleeting and worthy of forgetting, works of art stand as a different world, a world that is ideal, solid, where every detail has its importance, its meaning, where everything in it – every word, every phrase – deserves to be unforgettable and was conceived as such.” – Milan Kundera, The Curtain

Gavin Murphy makes works through an assemblage of unique fabricated elements, sourced and found objects, video, sound and photography. Using cultural matter as his material-medium, he references art, history and theory to form a spatial and temporal narrative arc made up of intercommunicating texts, combined with an interest in the sculptural possibilities of cinematic structures and mise en scène.

For the Golden Bough, he uses critical and historical documents, texts from Flaubert to Fellini, Milan Kundera and Italo Calvino, and the hidden fabric of Charlemont House itself, to consider specifically the arts as system – ordering knowledge, ideas, and cultural history.

Murphy’s practice has more and more come to question necessity in art, while refusing to define or distinguish the contemporary from the anachronistic, or accept definite perspectives. In this way the works oscillate between the wonder and futility of investigation: The Necessity of Ruins is a spoken work, made of collected fragments of texts and documents pertaining to the ruin, art and literature, the museum, and the novel. Eulogy to the Blank Page is a sculptural rendering of a section of dialogue from Fellini’s 8 ½, for which the artist commissioned a new typeface Personal (Stencil).

Gavin Murphy is a Dublin-based artist and curator. His current project On Seeing Only Totally New Things – of which these works form part – is also to include a film, and a publication in collaboration with Atelier David Smith. He is the recipient of various Arts Council awards, and residencies at Gertrude Contemporary Art Spaces, Melbourne, and currently, Fire Station Artists’ Studios. He is co-curator of the art space, Pallas Projects.

He has had solo exhibitions in Conical, Melbourne, and Institute of Contemporary Art, Newtown, Sydney, both 2009; The LAB, 2008, and Four Gallery, 2006, both Dublin. Group exhibitions include Dorm, The Model, Sligo; iPodism: Cultural Promiscuity in the Age of Consumption, Tulca, Galway; Frou-Frou Foxes in Midsummer Fires, Colony, Birmingham; Frontier with Green on Red gallery; and Artists / Groups, Project Arts Centre.

Curated projects include We are never at home as part of Dorm at The Model, Sligo; Anne Maree Barry, Rialto Twirlers, The LAB, Dublin; Automatic curated with Chris Fite-Wassilak; and Darklight Compendium Vol. 1. He was co-coordinator of House Projects – a series of seven exhibitions in New York, London and Ireland, and was editor of the publication of the same name.