The Edge of Things 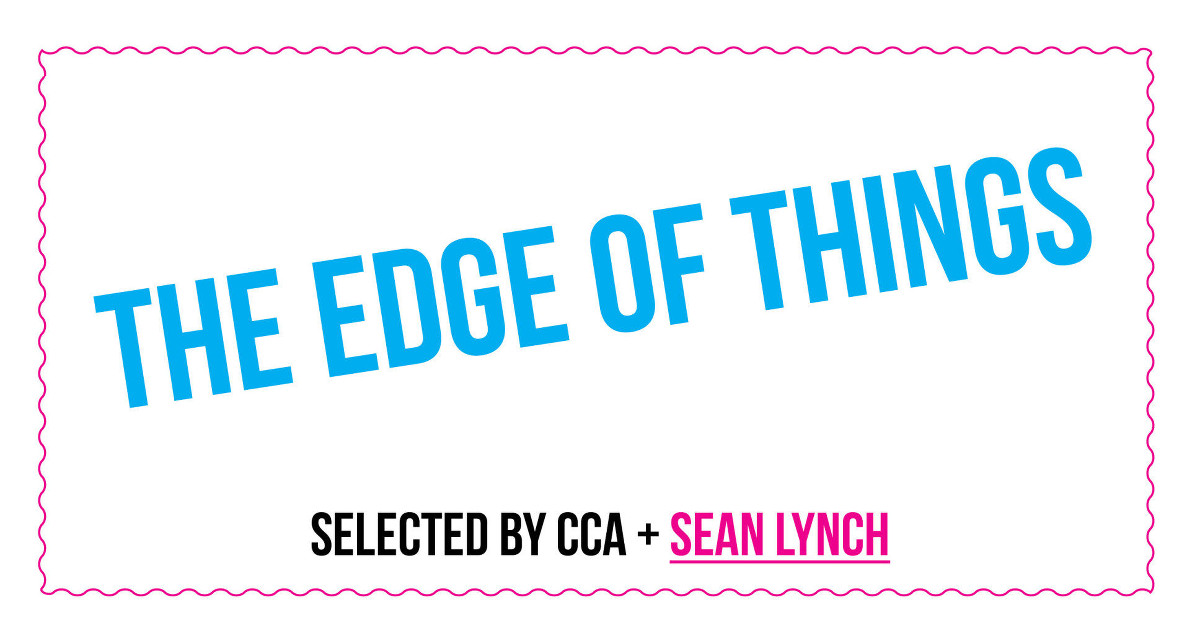 We received over 120 applications in response to our The Edge of Things open call, selected by CCA and artist Sean Lynch. We are pleased to announce that Basic Space, David Beattie, Brown&Brí, Charlie McConaghy, and Colin Priest have been chosen to present their one-day projects at CCA between February and March 2017.

The Edge of Things open call invited proposals from artists, non-artists, curators, performers, collectors, and enthusiasts of all descriptions. The project takes its title from a statement by artist, poet, and filmmaker Marcel Broodthaers explaining his need to work fluidly across different art forms. He describes the edge as a dynamic ‘frontier’, where disciplines can co-exist and part ways.

The Edge of Things events:

David Beattie – A quarter turn to face the light

A quarter turn to face the light is a new work that explores the fluid tangibility of an edge. In an attempt to grasp a moment in time Beattie will present a temporary, sculptural event that will follow the solar alignment on the 3rd February 2017.

Biography: David Beattie is an artist who lives and works in Dublin, Ireland. Assembled from a variety of everyday materials, Beattie’s work attempts to provide a framework for assessing our daily surroundings, exploring the intermediary moments where physics, philosophy, technology and nature collide.

Charlie McConaghy – The object of time

Four objects that have lost their significance and purposefulness over time are gathered with the intention that through their display and sharing of their stories, new life can be given to the objects; that their collective history is furthermore woven in time. With the engagement of fresh eyes and new interpretation the objects can be transformed.

2017 will mark the 40th anniversary of ‘Dopey Dick’ getting lost trying to find salmon in the River Foyle. Now living in the Hebrides, Dopey Dick has been identified and is known locally as ‘Comet’. Colin Priest will assemble a special celebration for The Edge of Things with party hats, some Mendelssohn and a special tray bake to remember this venerable visitor.

Biography: Colin Priest is a London based practitioner and academic; his work enlivens places through various forms of public action. www.studiocolumba.com

A Riveder le Stelle is an interpretive re-staging of Swedish composer Ingvar Lidholm’s 20th century choral work of the same name. E quindi uscimmo a riveder le stelle (“And thence we came forth to see again the stars”) is the final line in Inferno, the first canto in Dante’s epic 14th century poem that describes the emergence into the night sky after travelling through the Underworld.

Brown&Brí are interested in the synaesthetic potential of this work and how inspiration can act as a moment of clarity or lunacy. At CCA – using sculptural installation, audio and text – they will present research into instances of symmetry of thought across time and space.

Biography: Brown&Brí is a collaborative curatorial and artistic practice. They work with people across disciplines and are interested in those intersections where it’s possible for new languages to be invented. They like staging in art, and the honesty of fiction. Brown&Brí are Rachel Brown and Brighdín Farren.

Basic Space – The Present Is Not Enough – Part I

Part I intersects sites of peer learning, research, and artistic presentation, featuring Daniel Bermingham, Kian Benson Bailes and Olivia Sparrow. In this one-day event hosted by Basic Space, CCA will act as an ephemeral community centre for the public to engage in the crafting of queer histories through political, social and artistic actions.