Suzanne Lacy: Across and In-Between 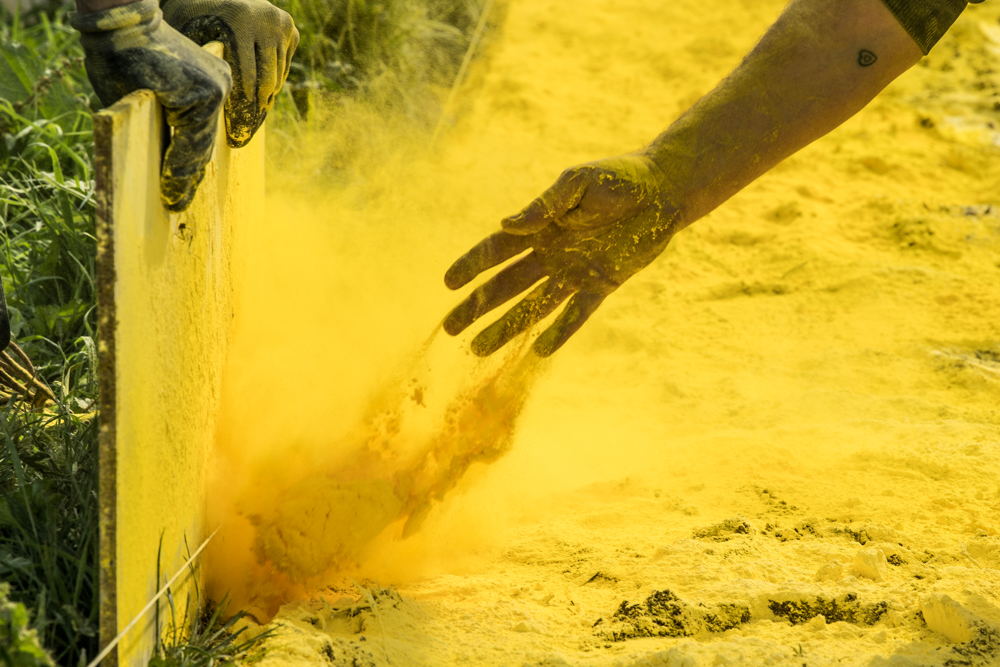 Golden Thread Gallery is delighted to be premiering the installation of Suzanne Lacy’s Across and In-Between in the summer of 2021, presented in association with IWM Imperial War Museum, The Whitworth and Ulster University. Co-commissioned and presented as a work-in-progress for the closing season of 14-18 NOW and the Belfast International Arts Festival; the project amplified the voices and experiences of border residents during Brexit negotiations through words, imagery, sound and performance, providing them an opportunity to reclaim the landscape around them.

Golden Thread Gallery Director Peter Richards says, “We’re thrilled to be sharing an opportunity to see Suzanne Lacy’s Across and In-Between in Belfast at this historic moment in time. Special thanks go to Cian Smyth who collaborated on the project, and who has made this possible for us.”

The exhibition to be shown at the Golden Thread Gallery was originally created in collaboration with artists and communities in Ireland from both sides of the border, almost 100 years since the partition of Ireland. Across and In–Between explored the profound impact the border has on the lives of people living there during a time of intense international focus around Brexit. The project created a mass response by over 300 border residents interrogating a line on a landscape with a collective, metaphorical act of ‘drawing and erasing.’

Across and In-Between will be shown across the entirety of The Golden Thread Gallery. The installation consists of: Border People’s Parliament; a series of portraits, a soundscape and The Yellow Manifesto in Gallery One; The Yellow Line; a 3-screen video projection shown in Gallery Two; and additional photos alongside a 29’ documentary film, Across and In-Between: Voices from the Border in Ireland, shown in the Project Space.

At the height of the Brexit crisis, 150 people arrived at Northern Ireland’s Parliament Buildings, Stormont, for a Border People’s Parliament. On 20th October 2018, guests were part of a carefully staged event where conversations about their relationship to the border landscape were recorded in Parliamentary committee rooms and their photographic portraits captured. Over dinner they participated in drafting The Yellow Manifesto – A True Account of a Border and its People launched on the Today programme, BBC Radio 4, 22nd October 2018. In a world where globalist, unionist and nationalist trends compete, this ‘Parliament’ sought an in-between space for border life, a place for individual and communal reflection.

A collective act in drawing a line on a landscape. The Yellow Line is a creative act of play giving border people an opportunity to own the frontier, draw it and perhaps erase it. In five communities where the borderline between Northern Ireland and Ireland is indiscernible, residents engaged in playful construction of unique ‘actions’ expressing their various sentiments and hopes for the future. The actions were filmed, resulting in a three–screen film projection made with farmers, horse–owners, scouts, hikers and villagers from communities across Fermanagh, Donegal, Leitrim, Cavan and Monaghan.

Photographs by Helen Sloan and Ross Mulhall taken during the making of The Yellow Line are accompanied with a film by Conan McIvor, Across and In-Between: Voices from the Border in Ireland, following the participants’ journey from border to Parliament – featuring interviews, the process behind the artwork and the drafting of a manifesto revealing lessons participants learned from life on the borderlands in Ireland.

Across and In-Between was a creative collaboration between Suzanne Lacy and Cian Smyth with Helen Sharp and communities in Pettigo, Tullyhommon, Cuilcagh Mountain, Castle Saunderson, Magheraveely and Newtownbutler.

A co-commission by 14-18 NOW: WW1 Centenary Art Commissions and Belfast International Arts Festival with support from: The National Lottery Heritage Fund; Arts Council England; the Department of Digital, Culture, Media and Sport; and the Government of Ireland through the Department of Culture, Heritage and the Gaeltacht; and Department of Foreign Affairs and Trade (Reconciliation Fund). From 16th to 23rd October 2018, it was presented at Belfast International Arts Festival as part of the closing season of 14-18 NOW.

Suzanne Lacy is renowned as a pioneer in socially engaged and public performance art. Her installations, videos, and performances deal with sexual violence, rural and urban poverty, incarceration, labour and aging. Lacy’s large-scale projects span the globe, including England, Colombia, Ecuador, Spain, Ireland and the U.S. In 2019 she had a career retrospective at the San Francisco Museum of Modern Art and at Yerba Buena Art Centre. Her work has been reviewed in major periodicals and books and she exhibits in museums across the world. Also known for her writing, Lacy edited Mapping the Terrain: New Genre Public Art and authored Leaving Art: Writings on Performance, Politics, and Publics, 1974-2007. She is a professor at the Roski School of Art and Design at the University of Southern California and a resident artist at 18th Street Arts Centre.

(N.B. The Golden Thread Gallery Project Space, showing documentation of the project photographed by Helen Sloan and Ross Mulhall, will be closing to the public on 28/07/21)