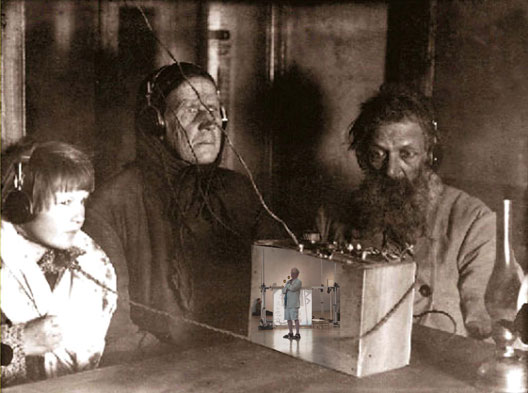 Strange Attractor returns following their hugely successful gallery residency project in the Crawford Art Gallery earlier this year to perform a durational live performance as part of the AVANT festival on Saturday 9 July.

The performance continues Strange Attractor’s collaboration with Crawford Art Gallery in which international guests including David Toop, Stephen Vitiello and Steve Roden have, with the artists, explored ideas and process with open-ended outcomes in creating sound and visual possibilities using sound installation, still and moving images, video documentation and performance.

Further performance dates in Dublin and London are planned for later in 2011 to coincide with the launch of the Strange Attractor publication and DVD. The publication will feature contributions from David Toop, Stephen Vitiello, Steve Roden, Jed Speare and Bernard Clarke amongst others.

An audio CD ‘Soundcast 4×4 (+1) is currently available from the shop in the Crawford Gallery and www.farpointrecordings.com. The CD features audio extracts from the first Strange Attractor performance which featured as part of the Avant Festival, July 2009.

DANNY McCARTHY is one of Ireland’s pioneers of performance art and sound art and he continues to be a leading exponent exhibiting and performing both in Ireland and abroad. In 2006, he founded the Quiet Club with Mick O’Shea, a floating membership sound (art and electronics) performance group. He is a founding director of Triskel Arts Centre and the National Sculpture Factory. A book + CD on his work entitled “LISTEN Hear” was published by Farpoint Recordings, and his work has appeared on numerous CDs, most recently “Soundcast 4×4(+1)” on Farpoint Recordings. He has been involved in several curatorial projects including INTERMEDIA Festival 1990-2002, “For Those Who Have Ears” book+CD (with Julie Forrester). “Sound Out” (co curated with David Toop),”Bend It Like Beckett” CD Project, “Rediscovering Locality (A Sonology Of Cork Sound Art)” CD project Art Trail. “Just Listen” Seminar +Installations (co curated with Sean Taylor) for National Sculpture Factory.

IRENE MURPHY’s work questions the role of the artist, creative space, and engages with a broader concept of creativity. A common link in her art are ideas about performativeness, site specificity and communality with Murphy’s art acts being private interventions into public space. She is active in initiating and participating in many group and collaborative projects and events, such as The YOYO Club, Ideal State Agency, Electric Rain, Us Live and Club House. The creative trio The Domestic Godless use food and hosting as their chosen medium. Murphy is a founder member of the Cork Artists Collective and The Guesthouse.

MICK O’SHEA works spring from his essential experience in drawing. His medium includes sculpture, drawing, sound and cooking. In 2003 O’Shea and fellow artist Stephen Brandes and Irene Murphy set up the collaborative practice, The Domestic Godless which, through performative cooking events, explores culinary activity as art practice and tests assumptions about the cultural traditions of food in challenging and often irreverent and absurdist ways. In 2006 he formed The Quiet Club with Danny McCarthy to promote and showcase improvised music and soundworks. O’Shea is a member and director of the Cork Artists Collective.

ANTHONY KELLY & DAVID STALLING have been collaborating on a series of sound and visual works since 2003. Their work encompasses a shared practice of recycling ‘objets trouveés’ of sound, visual and text material in their ongoing collaborative sessions. The juxtaposition of contrasting material results in a series of audio/visual ‘musique concrète’ pieces. Kelly & Stalling founded the sound art label Farpoint Recordings in 2005, publishing projects by artists such as Danny McCarthy, Alan Lambert, Linda O’Keeffe and Damo Suzuki amongst others alongside their own work.