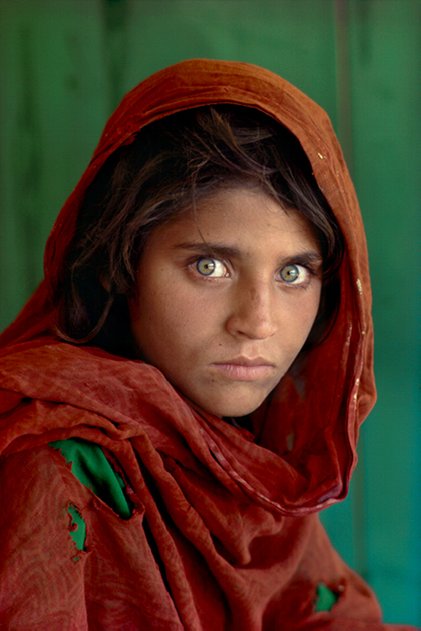 Steve McCurry is one of the finest documentary image-makers working today. His images capture the essence of human struggle and joy. A member of Magnum Photos since 1986, McCurry’s images have become modern icons. Steve McCurry’s work focuses on the human condition and the documentation of cultures around the world. McCurry is driven by an innate curiosity and sense of wonder about the world. He has an uncanny ability to cross boundaries of language and culture to capture stories of human experience. In addition to his personal work, McCurry has covered many international conflicts in Asia, Eastern Europe, and the Middle East.

His career was launched when, disguised as a native, he crossed the Pakistan border into rebel-controlled Afghanistan just before the Russian invasion. When he emerged, with rolls of film sewn into his clothes, he had the images that would be published around the world setting new standards in photojournalism. One of the images captured was the striking portrait of an Afghan refugee Sharbat Gula; many have described that image as the most recognisable photograph in the world today.

“Most of my images are grounded in people. I look for the unguarded moment, the essential soul peeking out, experience etched on a person’s face. I try to convey what it is like to be that person, a person caught in a broader landscape, that you could call the human condition.”

The Gallery of Photography are delighted to present the Irish premiere of Steve McCurry’s evocative colour images.

The exhibition was curated for the Gallery of Photography by Darragh Shanahan.