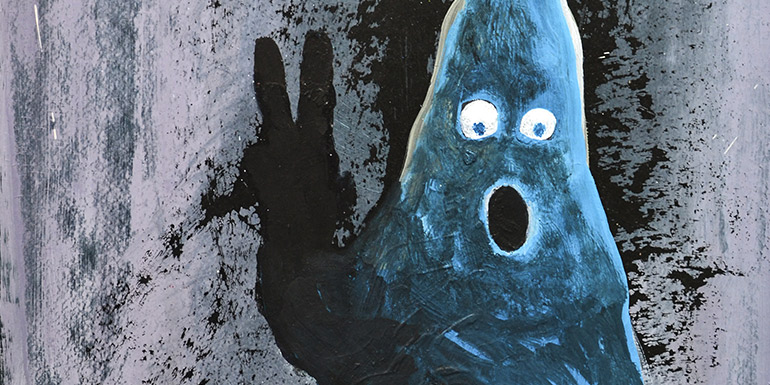 Stephen Dunne’s work operates across the registers of painting, drawing and moving image. He produces his work in a spontaneous manner and attempts to draw upon the unconscious as source material. His new exhibition, Shackled to Belligerent Ghosts, will open in the Gallery Space at Triskel Arts Centre, Cork, on Thursday 4 April 2019.

Dunne said, “For me, the challenge is in finding the most potent collisions and contradictions within the work. To draw out tensions in the editing process and to build a framework of suggestion that allows the most open space for the viewer. I believe that through this process hybrid ideas can emerge that are greater than something I can come up with on my own. An attempt to escape my limitations and to expand the possibilities inherent in the work.”

The process of making, where each thing leads to the next through an experimental and intuitive approach is at the core of this work.

A graduate of the M.A in Fine Art painting at the Royal College of Art and of NCAD, Dunne is an Irish artist based in Dublin. For the last three years he has been a studio member at Temple Bar Gallery & Studios where the works in this exhibition were made. Recent exhibitions include “As Above, So Below: Portals, Visions, Spirits & Mystics” & “Wilder Beings Command” both at the Irish Museum of Modern Art.