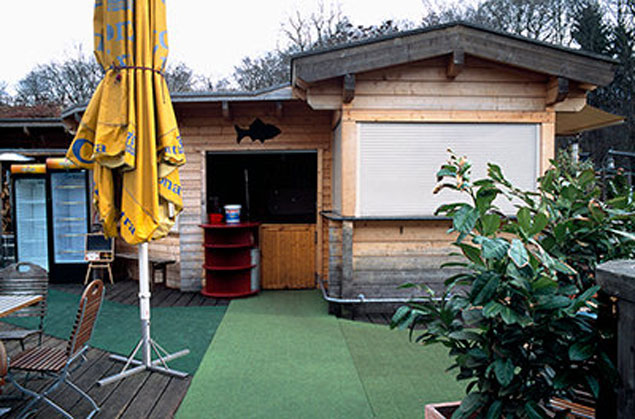 The Gallery of Photography is delighted to present the premiere of Close to Home, the first solo exhibition by Stephen Ahern, Winner of the Gallery of Photography’s Artist Award for 2010. Made over a period of 5 years, Close to Home is a quiet, rigorous exploration of the ordinary, everyday spaces we inhabit. His approach is grounded in an ongoing investigation of location and dislocation: the hotel apartment; ordinary suburban and rural settings; intimate domestic interiors and foreign cityscapes. Ahern does not seek out photographic subjects, choosing instead to document his surroundings as he encounters them at home in Ireland, and further afield in Germany, Japan, Spain and the U.S.

“I’m interested in the difference between looking at something and looking at a colour photograph of that same thing, whether it’s something I’m seeing for the first time or a scene I’ve encountered everyday for years. Rather than seek out the unusual, I want to make pictures of my own environment, wherever that may be..”

Rather than follow established diaristic or travelogue approaches, Ahern makes photographs to, in the words of Garry Winogrand, ‘see what the world looks like in photographs’. His work exploits the particular characteristics of photography through his considered use of expressive colour, rich textural detail, precise framing and formal rigour. The process of making photographs is his way of making sense of the familiar and unfamiliar.

Artist’s Talk: Stephen Ahern will talk about his work, on Friday 24t September at 7.30pm, as part of Culture Night 2010.

About the artist: Born in 1978, Stephen Ahern studied photography at St. John’s College, Cork. He currently lives and works in Cork City. A limited edition hard-cover book, Close to Home, which includes an essay by Chris Clarke, Lewis Glucksman Gallery, University College, Cork, will be launched during the exhibition. Special exhibition price €25.