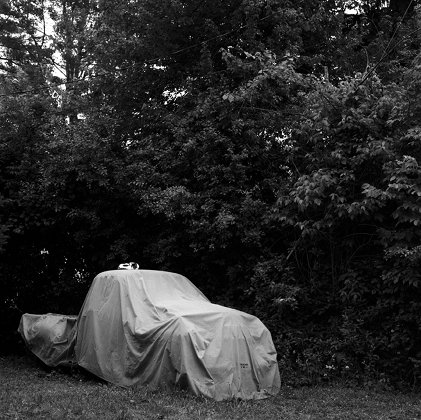 “Who are we, who is each one of us, if not a combinatoria of experiences, information, books we have read, things imagined? Each life is an encyclopedia, a library, an inventory of objects, a series of styles, and everything can be constantly shuffled and reordered in every conceivable way.” Italo Calvino, Multiplicity, Six Memos of the Next Millennium (1993)

In 1985, Italian writer, Italo Calvino devised a series of lectures for the Charles Eliot Norton Professorship of Poetry, through which he sought an overall ‘definition’ of his practice. Reviewing the history of literature, he identified writers and works exemplifying a set of values from the past to be upheld in the future: Lightness, Quickness, Exactitude, Visibility, Multiplicity and Consistency. The resulting publication entitled Six Memos for the Next Millennium is the core text for exegesis in the curatorial project Six Memos. Expanding on the literary specificity of the lectures, Six Memos seeks through empirical and theoretical research to define a model of practice based on values, flexible within shifting intellectual and cultural contexts.

For his penultimate lecture on Multiplicity, Calvino creates a complex structure, moving fluently through the works of philosophers, fiction writers, theorists, researchers, commentators and their diverse literary modes and techniques. An authentic image of the world, he proposes, is not stylistically homogenous but should incorporate the radiating web of connections between people, objects and events, “a style capable of grasping and expressing the epistemological multiplicity of the world” (Italo Calvino, The Challenge to the Labyrinth). To emphasise his point, he exploits the semantic potential of the lecture’s title considering the nuances of mathematical, scientific, legal and philosophical usage; he selects writers who become tangled in the infinite multiplications of time and space, defeated by unrealizable ambitions; he chooses writers who construct entire worlds and parallel lives in the space of a few short pages, as well as those who incorporate encyclopedic knowledge or epic intention in their work.

“Trompe le Monde” is a polyphonic response to Calvino’s Multiplicity lecture featuring five artists with distinct artistic practices: Juan Fontanive, Dana Gentile, Helen Horgan, James Merrigan and Michael Murphy. Their re-evaluation of the lecture from the historical vantage point of this millennium is the starting point for the exhibition. Each artist interprets the lecture differently and while they share recurring motifs, the works reveal the lecture to be more than a formula for aesthetics. Connections are made philosophically and conceptually, offering the exhibition as a method of knowledge in itself. Just one manifestation of a myriad of potential outcomes, “Trompe le Monde” unspools Ariadne’s thread through the labyrinthine complexities of our time – through the artists’ aspirations to weave a vision of the world. “Truth is not born nor is it to be found inside the head of an individual person, it is born between people collectively searching for truth” (Mikhail Bakhtin, Dialogic Imagination). In the exhibition, stylistic variety and analytical consistency compose the counterpoint to Calvino’s lecture on the combinatorics of contemporary experience.

An information point with further details about the artists, the individual works and Calvino’s lecture will be available from Occupy Space. A series of artists’ talks and events will be scheduled throughout the course of the exhibition.

Juan Fontanive studied English and Textual Studies at Syracuse University, New York and Animation at The Royal College of Art, London. He has presented two solo exhibitions Paper Films (2006) and Tin Tan (2008) at Riflemaker Gallery, London and group exhibitions include For the Sake of the Image (2010), Jerwood Gallery, London; Obsession: contemporary art from the Lodeveans Collection (2009), Stanley and Audrey Burton Gallery, Leeds; Indica (2008), Nyehaus Gallery, New York and Ingenuity (2007), The Gulbenkian Foundation, Lisbon. He won the Louise Wetherbee Phelps Award for Writing (1999) and the Desmond Preston Prize for Drawing (2004). He lives and works in Brooklyn.

Dana Gentile splits her time between Brooklyn and the Hudson Valley, NY. She graduated with a BFA from SUNY Purchase College in 2003. Her work has been exhibited at Capricious Space, Pocket Utopia, +Kris Graves Projects and Humble Arts Foundation. She was interviewed for the Italian Publication PIG Magazine and has been invited to participate in the curated publications Ruby Mag, Versal, and Color & Color. In 2010, Dana Gentile was awarded the Carole Eisner Award for Sculpture for her installation Plate Tectonics.

Helen Horgan studied at Letterkenny RTC (Design Graphics) and IADT where she received a BA in Visual Arts Practice and the Award for Academic Excellence in 2009. Her work has been shown widely in Ireland and most recently in No Soul For Sale at Tate Modern in London where she exhibited work alongside Thisisnotashop and The Writing Workshop. Horgan is currently enrolled in a Masters in Contemporary European Philosophy at University College Dublin researching form and meaning in the work of Derrida and Wittgenstein. She is a member of The Writing Workshop and is co-founder of The Legs Foundation for the Translation of Things (LFTT) with writer and artist Danyel M. Ferrari (NY).

James Merrigan is a mixed-media and video installation artist based in Dublin. He was awarded the Irish Residential Studio Award at Red Stables for 2011. He received a BA in Fine Art at IADT (2004), and an MFA at NCAD (2008); and was awarded the NCAD Graduate Award (2008). He has exhibited throughout Ireland and is a published writer on art. Most recently selected by the Director of the RHA, Patrick T. Murphy, for a solo show at Roscommon Arts Centre, March 2011. Current projects include the creation of an online art criticism journal called +BILLION-. In 2012 he will have a solo show at the LAB, Dublin.

Michael Murphy received a BA in Fine Art from IADT in 2006 and a MA in Fine Art from Chelsea College of Art in 2008. He has exhibited widely in Ireland and abroad most notably: and the panopticon, as well (2010), curated by Jason Wait for the 4th Biennial of Young Artists in Bucharest; Fairyland (2010) at FIVE YEARS Gallery, London; MagicCarpet (2009) at The Crypt Gallery, London; Learned Pigs and Fireproof Women, The Bear, London; Closer to Paradise (2008) at 126 Gallery, Galway and Open Systems (2007) at Green on Red Gallery, Dublin. He lives and works in London.

“Trompe le Monde” is part of the Six Memos project curated by Shinnors Scholar, Mary Conlon, under the auspices of the Limerick City Gallery of Art Off-site Programme and kindly supported by the Arts Council of Ireland Visual Project Award 2010.