Simon Fujiwara: The Museum of Incest 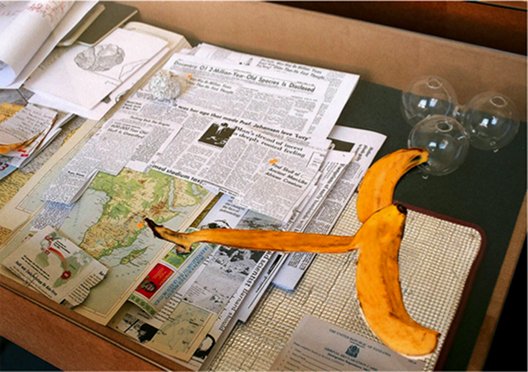 Opening Reception Thursday 10 May at 6pm

The Crawford Art Gallery is pleased to present, for the first time in Ireland, the British/Japanese artist Simon Fujiwara. In collaboration with Tate St Ives, the exhibition will showcase an ongoing installation, The Museum of Incest. This piece is considered one of Fujiwara’s most crucial works as it marks the beginning of his career. The Museum of Incest is Fujiwara’s fictive recreation of the story of mankind’s evolution, and the objects are archived and displayed in a museum-like setting. These articles and artifacts mix the personal and the fictitious to create a myth of human origins and explicit sexual archeology that starts at the footsteps of man to Fujiwara’s present family background. Fujiwara has described his work as a ‘journey of personal discovery.’

Simon Fujiwara was born in London in 1982 and grew up in Cornwall. He currently lives and works in Berlin. Fujiwara’s work has been met with critical acclaim both in the UK and Internationally, and his first major solo show opened in January 2012 at Tate St Ives.

Notable achievements include winning The Cartier Award to produce a work for the Frieze Art Fair in the UK and The Baloise Art Prize at Art Statements, Art Basel 41 both in 2010. He has participated in several biennials including Manifesta 8 and The 29th Sao Paulo Biennial in 2010 and 53rd Venice Biennial and Performa 11 in 2011.

A guide to The Museum of Incest by Simon Fujiwara will be available to accompany the exhibition with essays by Peter Murray, Director Crawford Art Gallery; Martin Clark, Artistic Director Tate St Ives and Rachael Thomas, Senior Curator: Head of Exhibitions, IMMA. Price €10

Simon Fujiwara, The Museum of Incest, exhibition has received funding from the Goethe Institut, The German Department of Foreign Affairs and British Council. The Crawford Art Gallery is very grateful for all their support.

For Guided Tours for groups contact the Education Team: