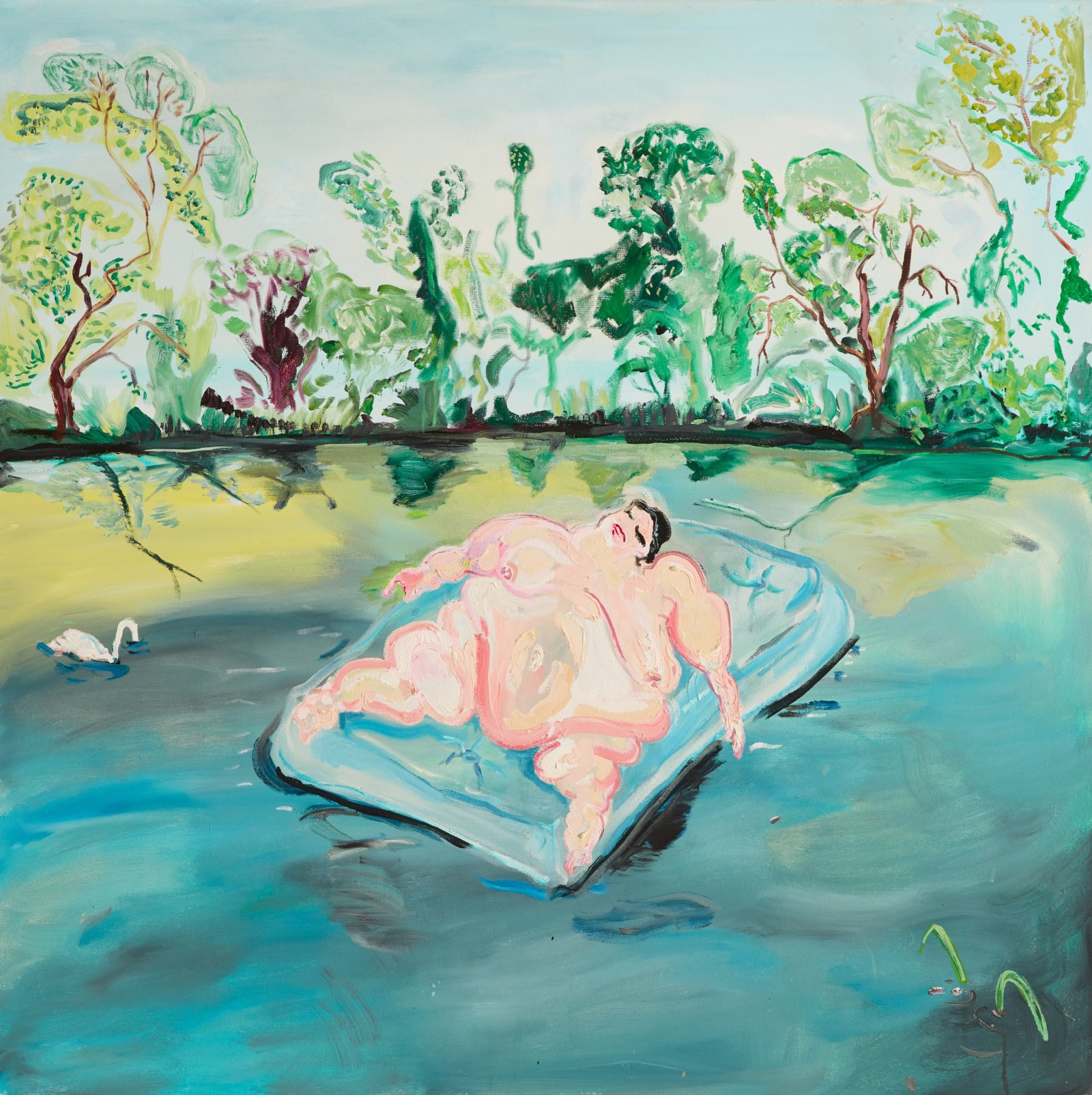 Kevin Kavanagh is pleased to present an exhibition of new paintings by Sheila Rennick.

Sheila Rennick’s paintings are curiously at home in a world of angry Brexit voters, Trump-supporting conspiracy theorists, anti-vaxers and climate change deniers. Curiously because they do not directly address any such people, they are not overtly about those subjects and it is, to put it mildly, unlikely that her work would appeal to those demographics, extensive though they may be. What ensures the relevance of her paintings in this context is the artist’s bemused, vigorous engagement with the human capacity for self-delusion. Her engagement is informed by an awareness that, being human, she and we are, at some fundamental level, equally prone to kidding ourselves.

Employing fiercely satirical means that recall the era of Augustan literature and Restoration comedy, the novels of Swift, Fielding, Sterne and Smollett, and the caustic wit of William Hogarth’s paintings and graphic work, Rennick looks to the present moment. A moment, that is, of rampant consumerist excess, a narcissistic obsession with style and image, and addictively immersive social media. She shows up our limitless, gullible investment in fads, fashions, codes and conventions, in thrall to the promise that our crazy wishes will be met and our desires satisfied if we make the right consumer choices and project the right social pose and profile. Human vanities are echoed in their domesticated animals, and projected onto wild creatures, all co-opted as props by their human familiars – as with the grooming monkeys in Monkey Love.

Rennick turns their own vanity against her protagonists, showing them exactly as they present themselves. But there is a fatal slippage between calculated effect on their part and the observed reality on ours. Similarly, she skillfully subverts the stunning qualities of oil paint – its chromatic richness, its pliant versatility, its sensual lushness – to the point where it curdles and clots, verging on cloyingly sweetness. As with Hogarth, the abiding sentiment is tragicomic: any habitual sense of superiority we might feel as viewers is undercut by inescapable self-recognition, however reluctant.

In Out of Sorts an habitual consumerist repertoire – socializing, drinking, holidays – is enacted within the lockdown precinct of the domestic interior. Imprisoned in their suburban idyll, desperate lockdown inhabitants appeal for rescue in Help in the ‘Burbs. The slide from utopian to dystopian is echoed elsewhere, in Happy 40th on the Estate for example, as the conspicuously ornate displays of status appear more grotesque than attractive. While consolations, even the most mundane,  are thwarted in Bye Bye Bar, and office life is bankrupt in Zero Perks, replaced by the inchoate messiness of Working from Home.

Sheila Rennick is from Tuam in Co Galway. She studied at NCAD (winning a CAP Foundation award) and then went on to complete an MA at St Martins in London, where she is currently based. In her work she has consistently and fruitfully explored the fault-line between high art and low culture, harnessing the qualities of traditional media, notably oil paint and the conventions around its use, to produce dazzling works that pointedly and cheerfully transgress those conventions.