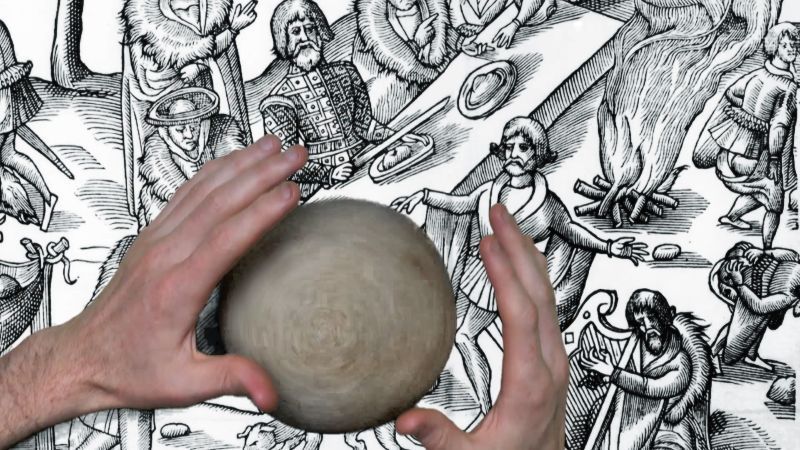 Alongside a varied collection of photographs, drawings and sculptures, Lynch presents a new 22 minute video, shot in the English port city of Southampton and nearby Stonehenge, featuring actors Gina Moxley and Timmy Creed. Time travel and spirit possession drive a surreal narrative where a bard from seventeenth century Ireland ends up encountering the empty car park of an out-of-business Toys R Us, IBIS hotels and the heritage industry surrounding the Neolithic landscape.

Caught between a desire to fit into the constraints of the contemporary world and the seemingly liberal possibilities of a more poetic, distant life of the past, Lynch’s central characters grapple with the construction of public space and the role of history in the everyday.

A new publication, Bardlore / This is Bardcore, is published as part of the exhibition. Images of Lynch’s video are featured, accompanied by an essay by Kevin Barry, digressing from an overview of bardic culture of Ireland to consider Hollywood screenwriters, Mexican drug lords, and the strange rituals used in the making of verse itself.