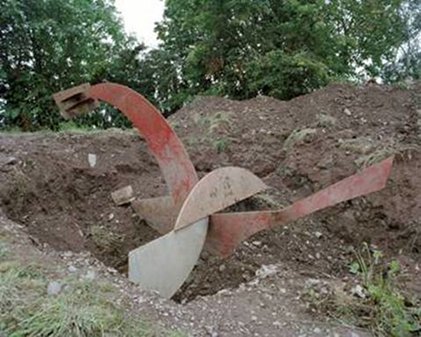 A story can be told and described so many times until it begins to narrow down to a particular narrative and content. Lynch investigates the loose ends of this process: footnotes that tend to get lost, misplaced or unnoticed, eradicated from popular consciousness. His work points to the existence of such material within a flexible public sphere, as a disparate series of objects and narratives swaying between the anecdotal and objective-informative.

Seán Lynch has exhibited at the Camden Arts Centre, London, Frankfurter Kunstverein, Frankfurt am Main, neugerriemschneider, Berlin, Catalyst Arts, Belfast, and the Irish Museum of Modern Art in the last two years. Me Jewel & Darlin’, a public art project located on O’Connell Street was commissioned by Dublin City Council and in late 2011 he curated A Rocky Road, an exhibition examining the history of modern art in Ireland at the Crawford Art Gallery, Cork. In 2012 he is resident at the Gasworks International Residency Programme, London and continues to lecture on MAVIS, MA in Visual Art Practices, IADT, Dun Laoighaire.