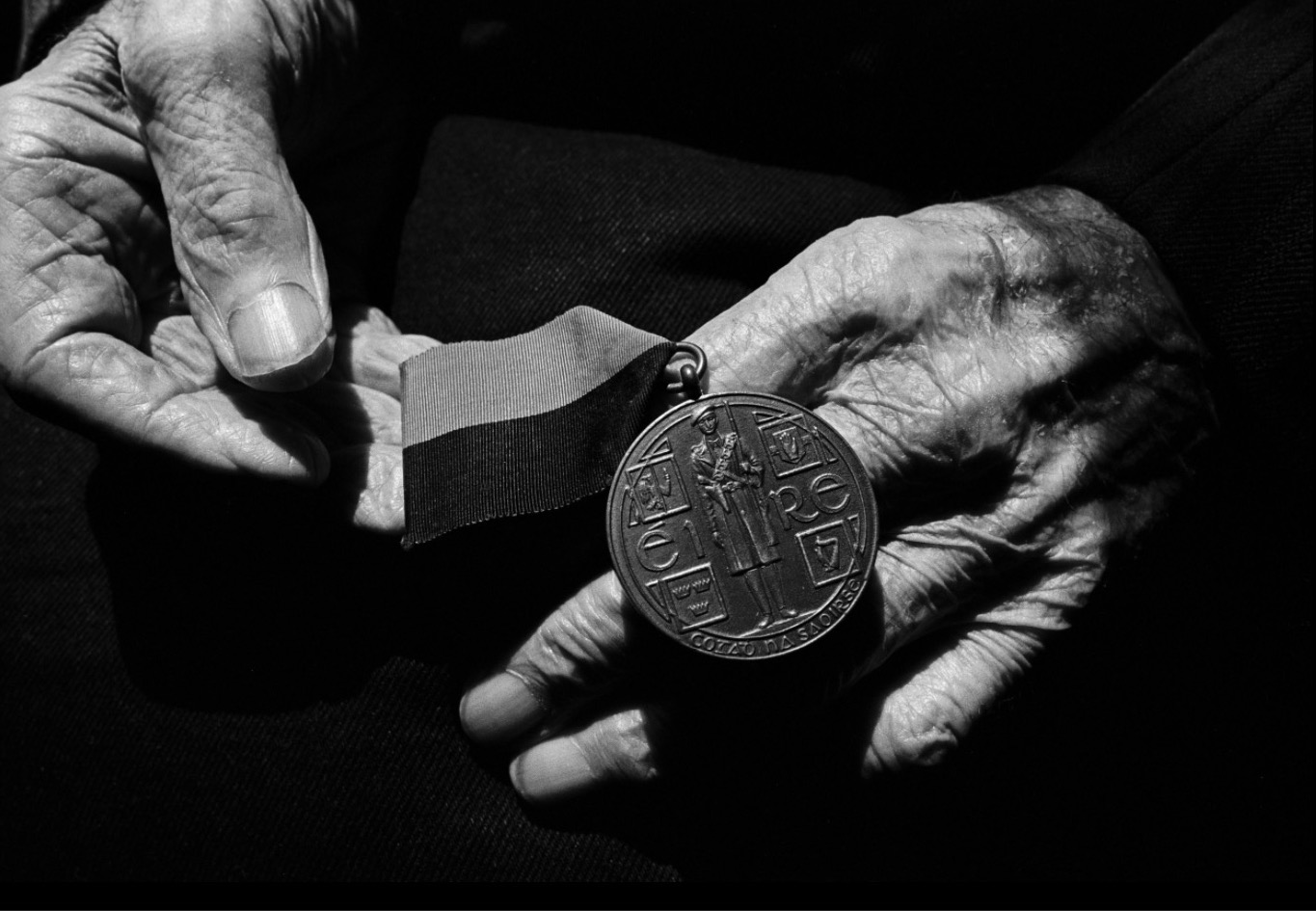 In 1998 photographer Seamus Murphy travelled throughout Ireland taking photographs of the veterans of the Irish War of Independence. These men, and one woman, were photographed candidly in their homes and parishes or in formal shots. Their bearing still proud, with some holding memorabilia from the period, the images provide a visual record of a seminal group from a generation that have since passed on. He caught them at the very end, the youngest was 97, the eldest was a Tipperary man at 105. Often ignored, officially at times buried, they all but disappeared in the passage of time.

On the 100th anniversary of the war begun in Tipperary that resulted in the formation of the Republic, Murphy has added a set of photographs that document a beginning. For this exhibition at The Source Arts Centre, he has photographed new members of the Irish community who had to leave war-torn Syria. The individuals and families were invited here from 2015 and are now living in the Thurles area.

Both sets of images look to link the idea of conflict, not as an event or series of events that begin or end (a history) but one with identifiable, long-term consequences that may last for generations. One of these is displacement, in its myriad forms. Indeed it may be that one of the results of conflict is that there is no effective conclusion or resolution for those involved. For them there is no post-conflict, as they, the citizens involved, come to terms with life-defining change.

Image: Seamus Murphy: The hands of Batt Moriarty at home in County Cork holding his ‘Black and Tan’ medal awarded to IRA men who fought in Ireland's War of Independence with Britain. Batt Moriarty -Cork No. 4 Brigade. Intelligence Officer. IRA 1918-1923.
Friday 20 November 2020 – Friday 26 February 2021
The Source Arts Centre
Thurles
Co Tipperary
Telephone: +353 504 90204
info@sourcearts.ie
www.thesourceartscentre.ie
Opening hours / start times:
The Gallery is open Tuesday to Friday 10am to 5pm, 2 to 5pm on Saturday and from 7pm when there is an evening performance.
Admission / price: Free
Associated sites
Design: iCulture • Privacy and cookies
Tweets by dnoting
other sites designed or
assisted by iCulture