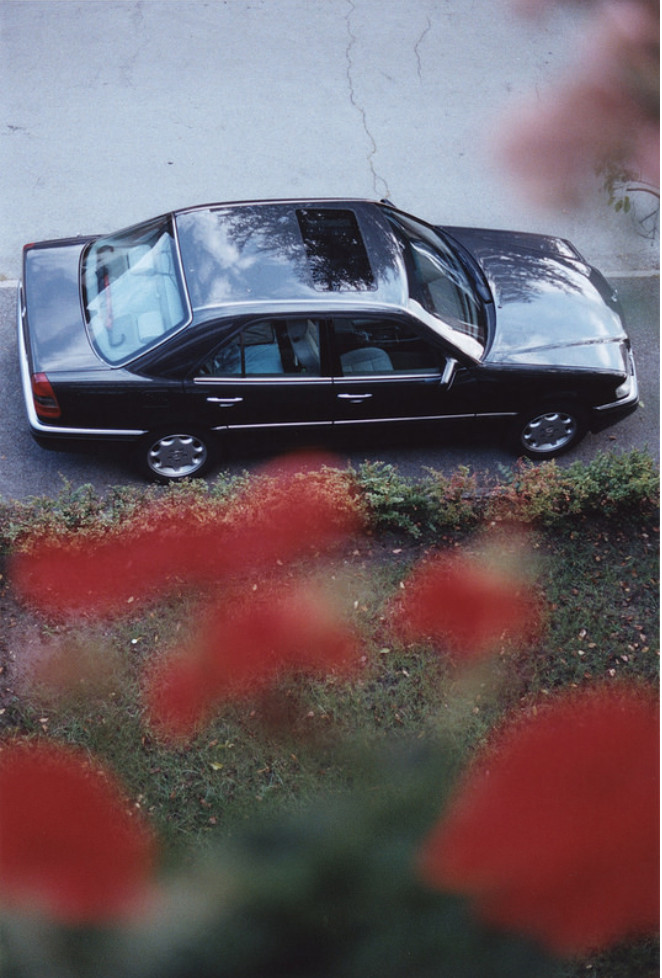 Created within the last seven months across various locations, including Portugal, Germany and Ireland, the photographs exhibited are part of an ongoing body of work dedicated to the idea of witnessing. Working with 35mm film, Laurence Cunnane aims to distil moments from the march of everyday life “into a montage rich with some of its complexities and beauty”. His photographs observe passing details with an acute sensitivity to the minute, the overlooked, even the banal.

Though working within a documentarian tradition, Laurence Cunnane makes stylistic decisions that break with convention in their refusal to show all, choosing instead to hone in on precise details, stripped of all context. Concealing as much as they reveal, his photographs shift our gaze towards the minute, getting closer to the unnoticed intricacies that flicker past in our day-to-day experiences. Yet in its bid for closeness, the camera can only create another barrier.

This contradiction, the artist points out, crystallises the inherent melancholic nature of photography, and becomes central to his practice. Photography is on one hand an act of compassion and closeness, and yet what it leaves behind is an empty husk: a constellation of surfaces and reflections. Highlighting the immateriality of objects, the act of photographing is all that remains. The work itself becomes evidence of a longing and a search.

A recent BA Photography graduate of IADT, Dublin (2011), Laurence Cunnane’s work uses analogue photographic techniques, printed by hand by the artist. He remains highly connected to the physicality of the production process, and quite tellingly, speaks of his work in terms of “making” pictures, not “taking” them. His C-type prints are small in size, a side effect of his traditional production methods, but one that resonates with the restrained, intimate nature of the work.