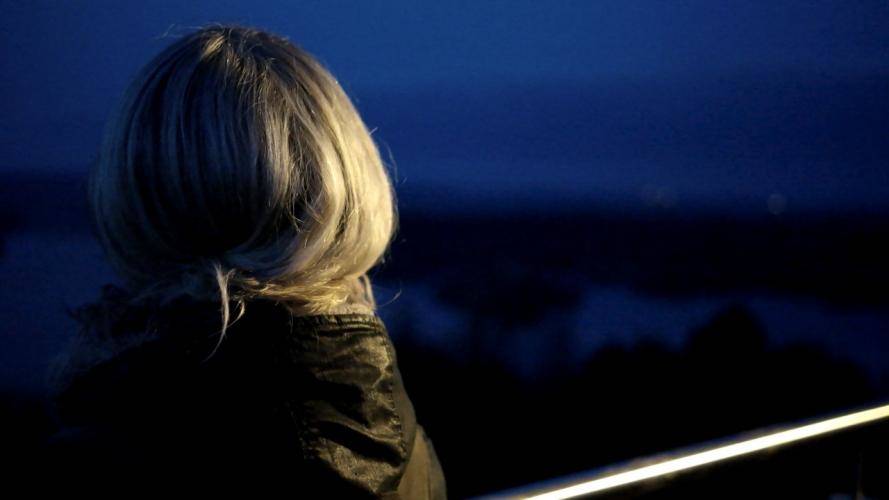 Visual artist Ruth E.Lyons is developing a new site-specific work that explores the local relationship with the cosmos while grounding it in the terrestrial landscape of Lough Key. Focusing on the landmass of Church Island she will use this floating island as a site from which to consider the macro situation of earth as a floating landmass within the wider universe.

The project began with a presentation by the Director of  Kingsland Observatory, Eamonn Ansbro, and a skywatching session in the Moylurg Tower. The Moylurg Tower was used as a UFO spotting site for many years by members of the UFO Society of Ireland.

Eamonn Ansbro who has a special interest in searching for signs of extraterrestrial intelligence within the Solar System. specifically near-Earth extraterrestrial probes and new methods of communications. Ansbro has over 35 years experience in science and engineering; including astronomy, meteorology, and photonics. He has research degrees from different universities;  a Fellow of the Royal Astronomical Society and member SETI Research Network. He has written and published over 80 articles and papers about astronomy and space.

This purpose of this meeting was to explore the potential around forming a “New Flying Saucer Working Party* whose participation can potentially guide this experimental process of developing new work.

*The Flying Saucer Working Party was originally established in 1950 by the United Kingdom Ministry of Defence. The Working Party was commissioned to undertake the first official study into UFO’s. In 1951 their report was published but was only publicly released in 2001 to UFO researchers Dr David Clarke and Andy Roberts.