Rory Tangney: At the Still End of the World 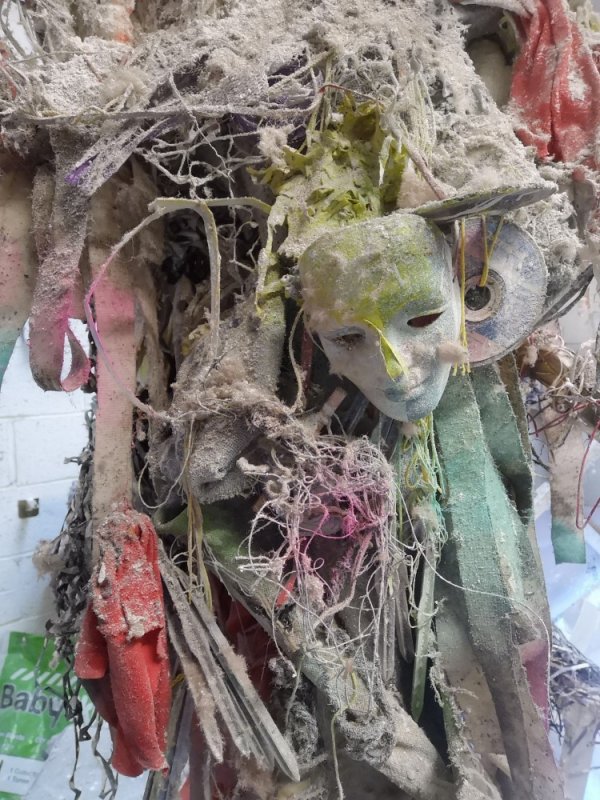 The LAB Gallery, in partnership with Fire Station Artists’ Studios and Sculpture Dublin, presents At The Still End Of The World, an exhibition by Experiment! Sculpture Award winner Rory Tangney.

Inspired by certain themes around climate change and the extremities of capitalism, this exhibition makes visible the results of recent work in the studio supported through the Experiment! Sculpture Award.

Considering the temporary nature of the installation, Rory Tangney has offered a compilation of works, tethered together for this show, which can be rearranged and reused in the creation of future works. There is a clear agenda to avoid adding more waste to the world but allowing art its potential to create temporary moments and experiences. In this case, the overall effect is a stillness to allow an attentiveness to the layers of objects and materials at play.

Using materials that are non-toxic, sustainable, re-used and repurposed has been an important starting point for these works. Questioning what we put into the world and its impact, this exhibition displays Rory’s intuitive and free making process. Unexpected materials such as potato starch, wood shavings and dust become core aspects of the work, giving a texture and tone reminiscent of an aftermath.

At The Still End Of The World confronts us with remnants of familiar objects, but it is unclear whether the installation offers viewers a glimpse of a past frozen in time or a premonition of the kind of future that lies ahead if we continue to indulge in excess consumption and waste.

Experiment! Sculpture Award is a developmental award offered by Sculpture Dublin, Fire  Station Artists’ Studios and Dublin City Council Arts Office. Designed to provide a range of practical supports to an artist seeking to take creative risks within their practice, its aim was to allow the recipient to further develop and refine their own sculptural language while pursuing new lines of enquiry through new materials and process. The call for applications, announced in February 2021, was open to artists resident in Ireland who use sculpture as their primary medium, and offered the winning artist:

The selection panel for the award included Sheena Barrett (Curator, The LAB Gallery), Helen Carey (Director, Fire Station Artists’ Studios), James Hayes (independent artist) and Pádraic E. Moore (independent curator). Rory Tangney was named as the winner in April 2021, and undertook his residency at Fire Station Artists’ Studios in early 2022. He has been supportedin the development of this new work for exhibition through a number of online and in-person sessions with mentor Harriet Cooper (Head of Visual Arts, Jerwood Arts).

Rory Tangney is a visual artist based in Dublin, with a multi-disciplinary practice rooted in sculpture. His work has been presented in Italy, Berlin and the UK, as well as throughout Ireland in venues including the National Gallery, VISUAL Carlow, VOID Derry, Limerick City Gallery of Art, and broadcast on RTÉ Radio, among many others. He has been a prizewinner at the RHA Annual exhibition and his most recent body of work, Tales of the Futurepast (2020), was an online project funded through the Arts Council’s COVID 19 Response Award. He has taken part in several recent collaborations, most significantly with musician/composer Colm O’Hara for a group show in Solstice Arts Centre (2019) and in 2018 with dancer Mary Wycherley in the touring project Invisible Histories which was funded by the Arts Council.