Rodney Graham: That’s Not Me 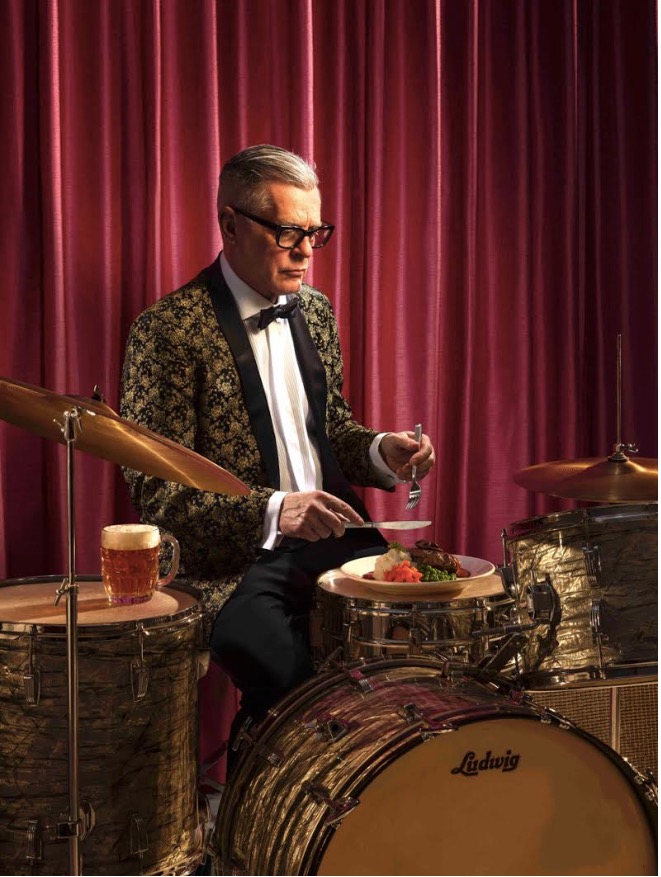 IMMA is delighted to present That’s Not Me, a survey from 1994 to the present, of the work of Canadian artist Rodney Graham. Opening during Dublin Gallery Weekend, this is the first major presentation of Graham’s work in Ireland, focusing on his illuminated light boxes and film works. Graham lives and works in Vancouver, Canada and is associated with the 1980s Vancouver School of post-conceptual photography alongside peers such as Jeff Wall and Stan Douglas (who so memorably exhibited in IMMA in 2014). The Vancouver School is a group defined by a style of photography in which moments from art history are replicated. Graham represented Canada at the 47th Venice Biennale in 1997 and his work features in significant museum collections around the world including Tate Modern, MoMA and the Centre Pompidou.

Rodney Graham is one of the most consistently inventive artists to have emerged in the last 40 years, tirelessly questioning what it means to be an artist today. Through genre-defying experimentalism, Graham’s practice has shifted from conceptual photography and installation to encompass film, performance, music and painting. His works, informed by psychology, literature and storytelling, present cyclical narratives layered with puns and references. Historical figures such as Lewis Carroll, Sigmund Freud, Raymond Roussel and Kurt Cobain are explored with Graham’s typical sense of humour.

The focus in this Dublin exhibition is on Graham’s illuminated light boxes, and on his film works. The light boxes, usually constructed on a monumental scale, elevate the subject matter by making a high level of detail perceptible to the viewer. The scenes depicted are highly stylized, and usually set in the 20th century at a specific time. The form of the light box lends itself to close examination, and Graham’s constructed studio sets reward close inspection of newspaper headlines, signage and picture’s within the picture.

Most of the lightbox works feature the artist himself, assuming a variety of roles in meticulously staged environments. In these works, Graham is playing a series of fictional characters, but this can also be considered a form of self-portraiture. In The Gifted Amateur, Nov. 10th, 1962 (2007) for example, Graham assumes the role of an amateur artist, creating generic abstract works in a Modernist interior. This subversion of the perceived role of the artist shows Graham undermining the popular mythology of the artist and highlighted the constructed nature of identity, while also being a warm tribute to ‘amateur’ art. Adding to the richness of the work is the fact that Graham has exhibited paintings like the one pictured here, further blurring lines between invented and ‘real’ personae.

Included in the IMMA exhibition are four major film works made between 1994 and 2010: Halcion Sleep (1994), Torqued Chandelier Release (2005), The Green Cinematograph (Programme 1: Pipe smoker and overflowing sink), (2010); and Rheinmetall/Victoria8, (2003). These works speak to Graham’s interest in experimentation, along with his interest in silent film and seemingly obsolete production and display methods, such as over-sized projection equipment and 16mm and 35mm film.

Other works in the exhibition reference Graham’s long-time interest in music and music making. Aberdeen (2000) is a slide projection set up as a lo-fi lecture class, consisting of 80 slides with a Syd Barrett-style musical soundtrack by Graham. The work references Kurt Cobain, the lead singer of Nirvana, a band central to the Seattle Grunge scene of the early 1990s. Following his early death by suicide in 1994, Cobain remains a legendary cult figure. For this work, Graham visited the late singer’s hometown of Aberdeen, a typical small-town on the border between Canada and America.

Graham has spoken openly on drawing inspiration from a wide range of sources, and freely borrowing techniques and materials from other artists, in particular Ian Wallace, Douglas Gordon and Jeff Wall, all peers or friends of Graham. While these influences are clearly seen in his use of light boxes and highly controlled set-pieces – both techniques used by other Vancouver artists – this openness is a major part of Graham’s practice as it relates to his collaboration with other artists, writers and musicians.

That’s Not Me is organised in partnership with the Baltic Centre, Gateshead and is presented as part of an on-going initiative, New Art at IMMA, proudly supported by Matheson, which allows IMMA to continue to support artists’ vital work in a strand of programming that recognises and nurtures new and emerging talents, new thinking and new forms of exhibition-making.