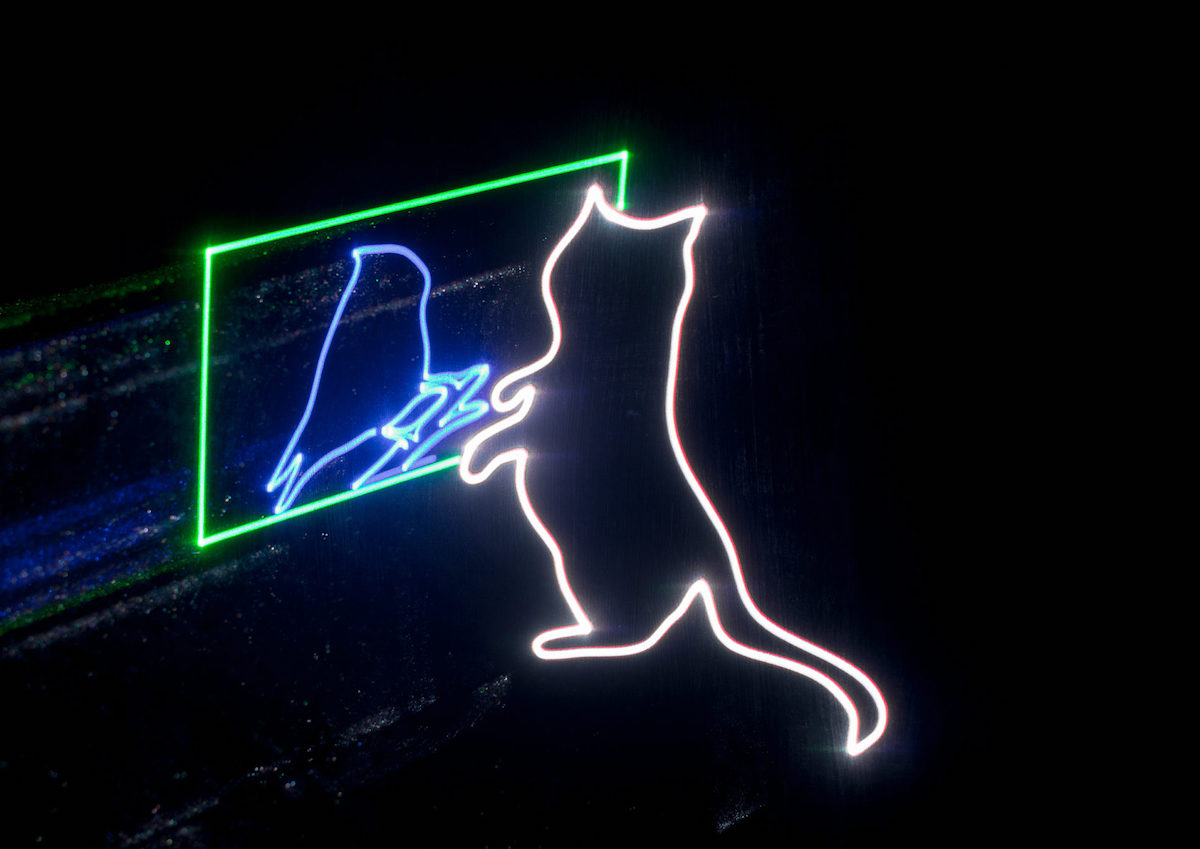 Robin Price is an artist-inventor, trans-disciplinary physicist, musician and cat enthusiast. His practice, surveyed in Escape Sequence, spans digital art, electronics, sculpture, club music and visuals, with a methodology which brackets everyday objects and re-imagines them as open source sites of play and digital exploration.  The optical language of Robin’s work references his sonic heritage; acid visuals, fly-posting, lasers and monitor banks resist the pull of nostalgia and are instead framed within a hermetically-sealed digital present and anxiety-inducing global future. Escape Sequence does not presume to propose solutions, nor to sit apart from this exterior world, but offers an alternate position of artistic production and interaction as a hacked mode of escapism.

This is not a Table sees a ping pong table, arguably an often overlooked mainstay of fluorescent-lit community halls and faded sports bars, decked in responsive LEDs rendering its surface decadently performative. The artist intends to create joyful subversion of this mass-market, democratised leisure toy and open up the gallery space, inviting intervention, interaction and play.

Waves On Water is a gestural, responsive digital canvas, offering the viewer the opportunity to become the maker in an interplay of object, action and reaction. In direct opposition to this Way Out rewards the reflective observer, exploring an interplay between perception, spectacle and existence.

Feline mobile Disco, a traveling scratching post come off-site sculptural work, can be transported to the house-bound feline rave enthusiast upon request. Peddling catnip, fur-raising bluetit visuals and toe bean tingling lasers, the post-club aesthetic temporally sites the work in irretrievable moment of chaotic optimism and sub-cultural revolution, now the purview of the media savvy feline, a networked avatar for the post-human cultural explorer. The work is accompanied by a parade of contorted fly-posted cats throughout the gallery space.

Knowingly absurdist in their application, the technological enquiry of the works presented in Escape Sequence aim to open up the gallery as a refuge for the world-weary and worried, an arcade welcoming the viewer to indulge in the brightest, most optimistic nihilism.