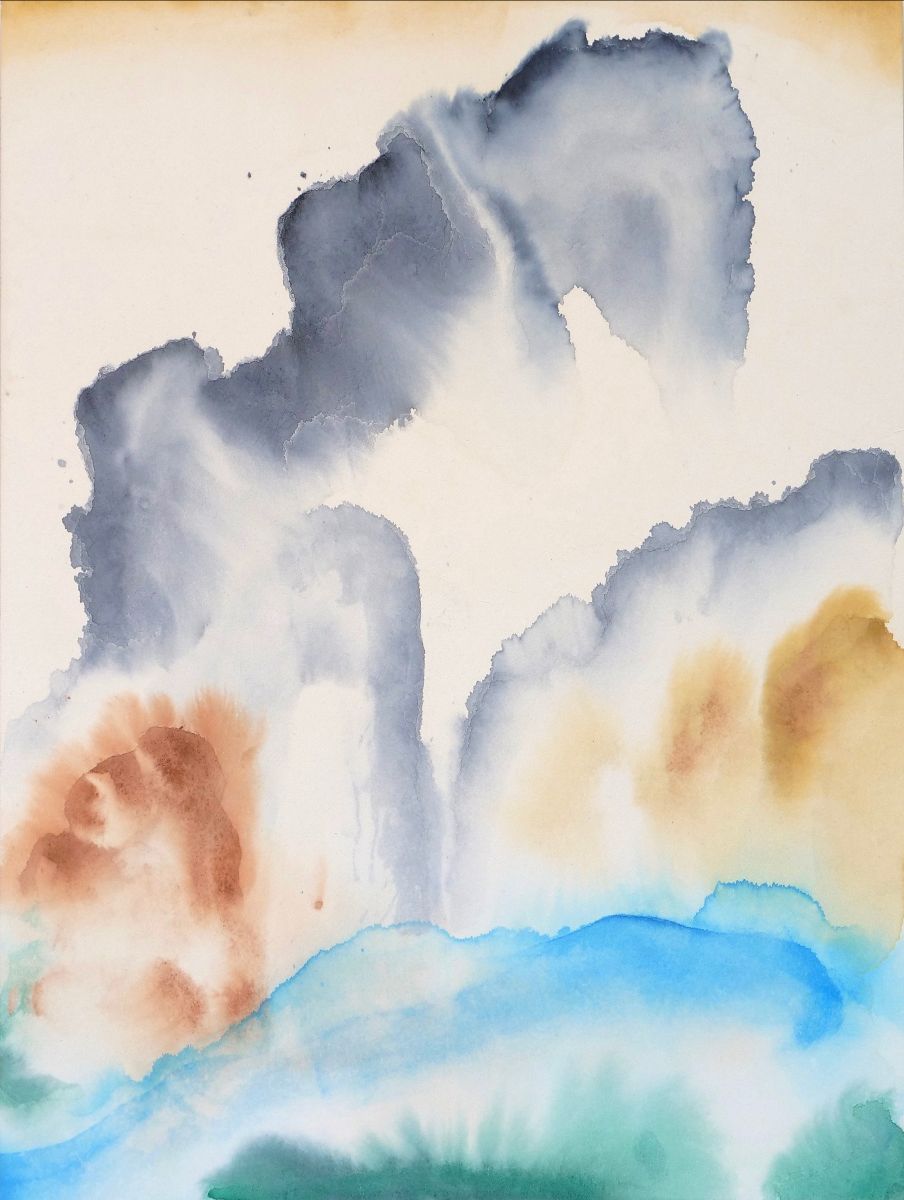 Kevin Kavanagh is pleased to present Three Distances, an exhibition of paintings by Robert Armstrong.

In a famous episode of the sit-com Father Ted, the eponymous Ted tries to explain perspective in Western art to his intellectually challenged colleague Dougal, using toy cows: “These [toy cows] are small but those outside are far away.” That idea of objects receding into far distance, the ‘vanishing point’, has been a convention of Western painting for centuries.  However, in the Chinese tradition, landscape paintings are not meant to represent a single point of view.

Following a residency in Hong Kong and visit to Japan in 2019, Armstrong has renewed his interest in landscape painting and now presents works which derive from a consideration of those different traditions of Eastern and Western art. The 11th century Chinese painter Guo Xi summarised the Three Distancesconcept: “From the bottom of the mountains to the top is upper distance, from the front of the mountain to the back is deep distance, and the view from one mountain to another is level distance.” Chinese landscape paintings are organised with these principles in mind and therefore are not strictly illusionistic.  The eyes are directed upwards, often encountering temples, waterfalls, and mist.

According to the Chinese art critic and curator Fei Dawei: “Mountains are sacred because, since remote times, the Chinese have held that the cosmic forces, the energy, harmony, and ceaseless renewal of the universe, are in some way made manifest in them. In popular belief the mountain is the body of the cosmic being, the rocks its bones, the water the blood that gushes through its veins, the trees and grasses its hair, the clouds and mists the vapour of its breath – the cosmic breath, or cloud-breath, which is the visible manifestation of the very essence of life.”

Armstrong’s paintings rarely portray particular places or events, but instead foreground the process used to create the image.  The paint – whether thick or thin, opaque or transparent, oil or Japanese ink – mostly depicts itself.  That regard for the material properties of paint and the methods of its application is central, as it has been throughout the artist’s practice.  As well as recent ink-on-rice-paper pieces, some of which were exhibited in Hong Kong in 2019, the exhibition includes previous paintings which connect that new work with Armstrong’s ongoing engagement with art history and material processes.

The landscapes presented in the exhibition Three Distances are neither depictions of Hubei Province (capital Wuhan) nor of the Wicklow mountains: rather, they are meditations on painting itself, on the Western and Eastern traditions, where they differ, and the points at which they meet.

Born in Gorey, County Wexford, Ireland, in 1953, Robert Armstrong lives and works in Dublin. He is a Founder Member of Temple Bar Gallery & Studios, Dublin and was Head of Painting at the National College of Art & Design (NCAD) from 2002 until his retirement in 2018, having taught at the college since 1991.  He has exhibited regularly in Ireland and abroad.  His work is included in many public and private collections and has been the subject several publications with essays by writers including Aidan Dunne, Declan Long, Brian McAvera and Colm Tóibín.