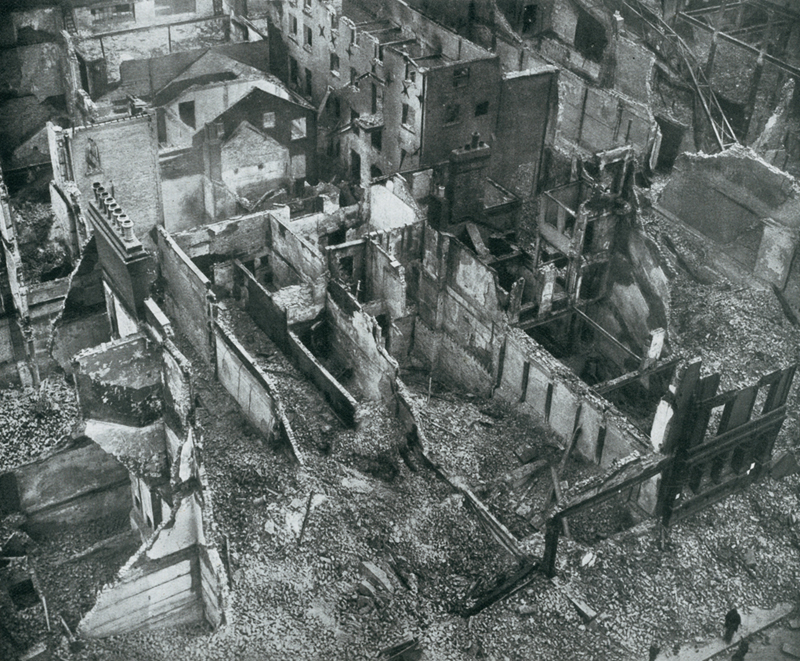 Reflecting 1916 features photographs taken by eyewitnesses to this pivotal period in Ireland’s history, a number of which are being shown in public for the first time.

A centrepiece installation of large-scale photos captures the destruction of Dublin and offers viewers a dramatic, immersive experience. This is contextualised by explorations of the use of photography to represent the idealism and growing militarism of the revolutionary generation. The wider use of photography as a vital tool for propaganda focusses on Roger Casement and his use of photography to highlight crimes against humanity. Casement’s own documentary photographs from the Putamayo offer an insight into his evolution from British imperialist to Irish revolutionary. A further sequence includes images of the widows and orphans of the Rising that were reproduced in the Catholic Bulletin in 1916, highlighting how photography was used to sway public opinion in the immediate aftermath. The final section looks at how the Rising has been represented in subsequent commemorations. Accompanied by a catalogue with essays contributed by leading writers and historians, Reflecting 1916 is an exploration of the role played by photography in shaping our memory of the Easter Rising.