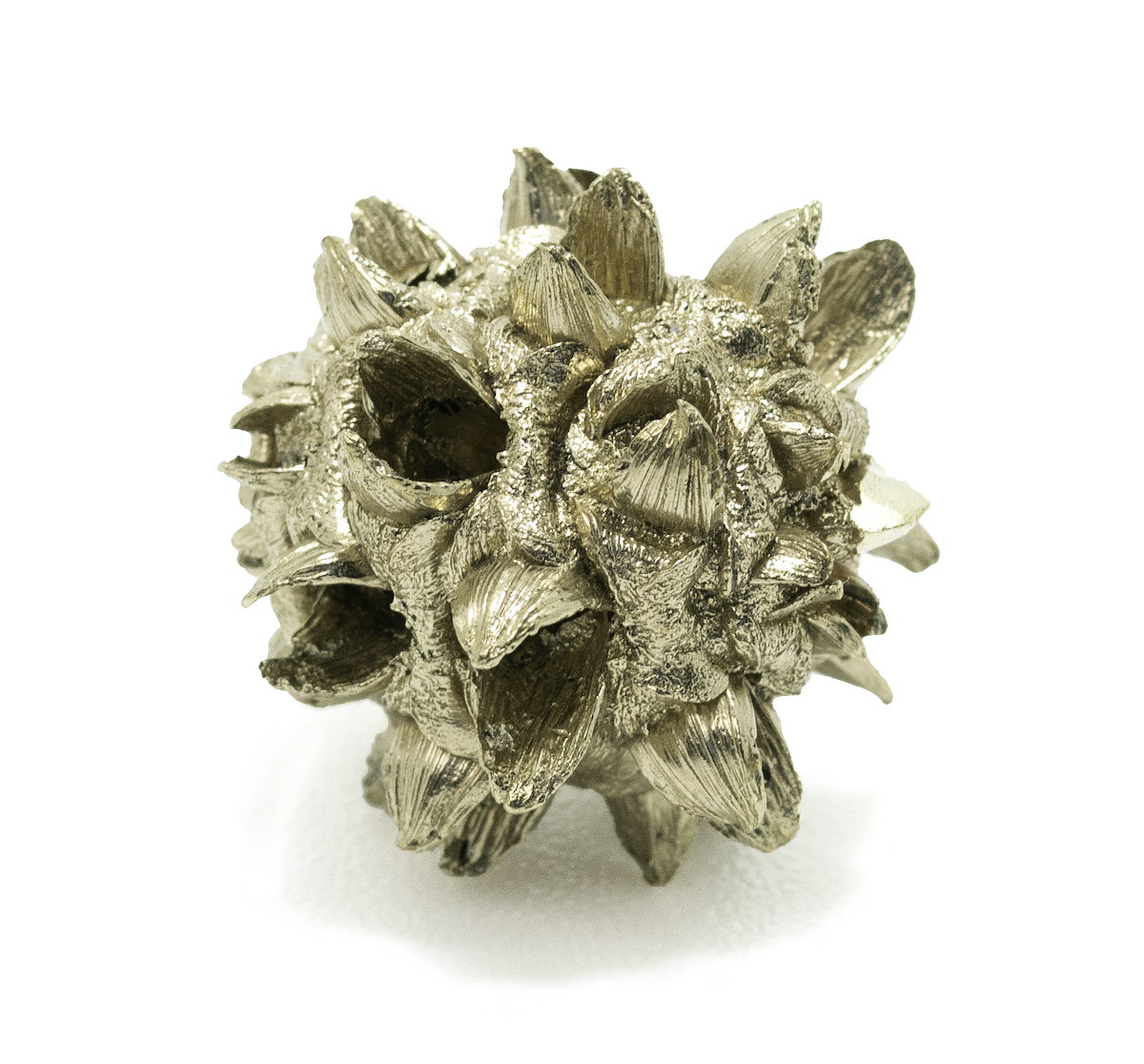 Heirloom is an installation of new works created by artist Rachel Doolin. The work manifests from a culmination of experiential research undertaken during an arctic based residency programme, and has been subsequently informed by a creative partnership with Irish Seed Savers Association.

In 2017, Doolin embarked on a research residency to Longyearbyen, an industrial frontier town situated in Svalbard, a remote arctic archipelago located midway between continental Norway and the North Pole. Here, buried deep beneath a permafrost mountain lies a backup of the world’s largest collection of agricultural biodiversity, cryogenically preserved within the Svalbard Global Seed Vault. The Food and Agriculture Organisation of the United Nations, estimates that 75% of the genetic diversity in agricultural crops has been lost since the 20th century.  As risks from the climate crisis and global conflict escalate, seed banks are becoming increasingly considered a precious resource that could one day prevent a worldwide food crisis.

Frank Curran, Chief Executive of Dún Laoghaire-Rathdown County Council said “It is wonderful to see such an aesthetically pleasing exhibition focusing on such a thought provoking and topical issue”.

Heirloom presents a series of visual, installation and digital based works that celebrates the ‘profundity of seeds’ by exploring the human thread that articulates the connection between our past, present and future, and places the humble seed as a profound nexus in the nature-culture relationship.

Cathaoirleach Councillor Mary Hanafin said “We are delighted to welcome visual artist Rachel Doolin to the Municipal Gallery in dlr LexIcon and are particular thrilled to see her engagement with Seed Savers on such a fascinating and important topic”.

Rachel Doolin is a visual artist and project facilitator based in Cork. Doolin’s multidisciplinary practice merges art, experimentation and ecology to create work that is inextricably linked to material research, driven by a desire to test the parameters of materiality, media and the criticality of issue-based practice. Doolin frequently collaborates with artists, NGOs as well as community and professional organisations to create meaningful artworks that intersect current social and environmental practices. In recent years Doolin’s work has evolved to incorporate participatory ‘conscious acts’, inviting collective and creative collaboration through a physical or symbolic act that further informs and shapes her work. Over the previous two years Doolin has been an artist in residence with Irish Seed Savers Association, Ireland’s only public seed bank, which curates over 600 non-commercially available varieties of seed.

Heirloom is presented by Dún Laoghaire-Rathdown County Council and supported by an Arts Council of Ireland Visual Arts Project Award.