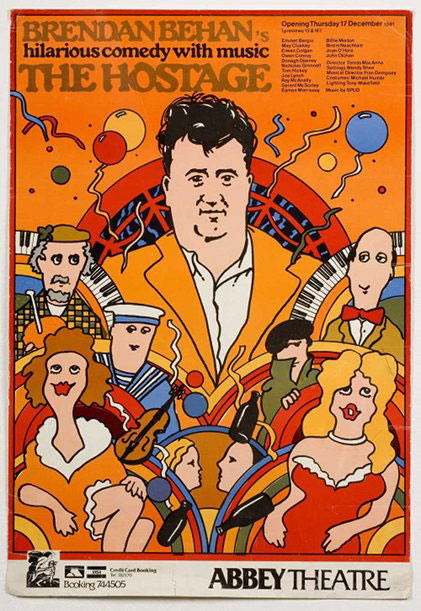 This exhibition features the acclaimed art work of two graphic artists associated with the Abbey Theatre – Kevin Scally and Brendan Foreman. The exhibition represents a changing time in graphic design and the representation of the Abbey Theatre and also showcases different styles of printing and a broad range of productions, actors, directors, costume and set designers. These large and colourful posters show a variety of plays such as The Sanctuary Lamp by Tom Murphy (1975), Da (1973) and Stephen D (1978) by Hugh Leonard, Translations by Brian Friel, The Plough and the Stars by Sean O’Casey and The Gigli Concert by Tom Murphy (1983). These plays and others helped raise the Abbey Theatre’s international profile through their successful runs in London and on Broadway.

In association with the National Print Museum.

Draíocht’s 2 Galleries are open to the public Monday to Saturday, 10am-6pm and admission is free.

Draíocht is generously funded by Fingal County Council, with additional funding provided by The Arts Council.