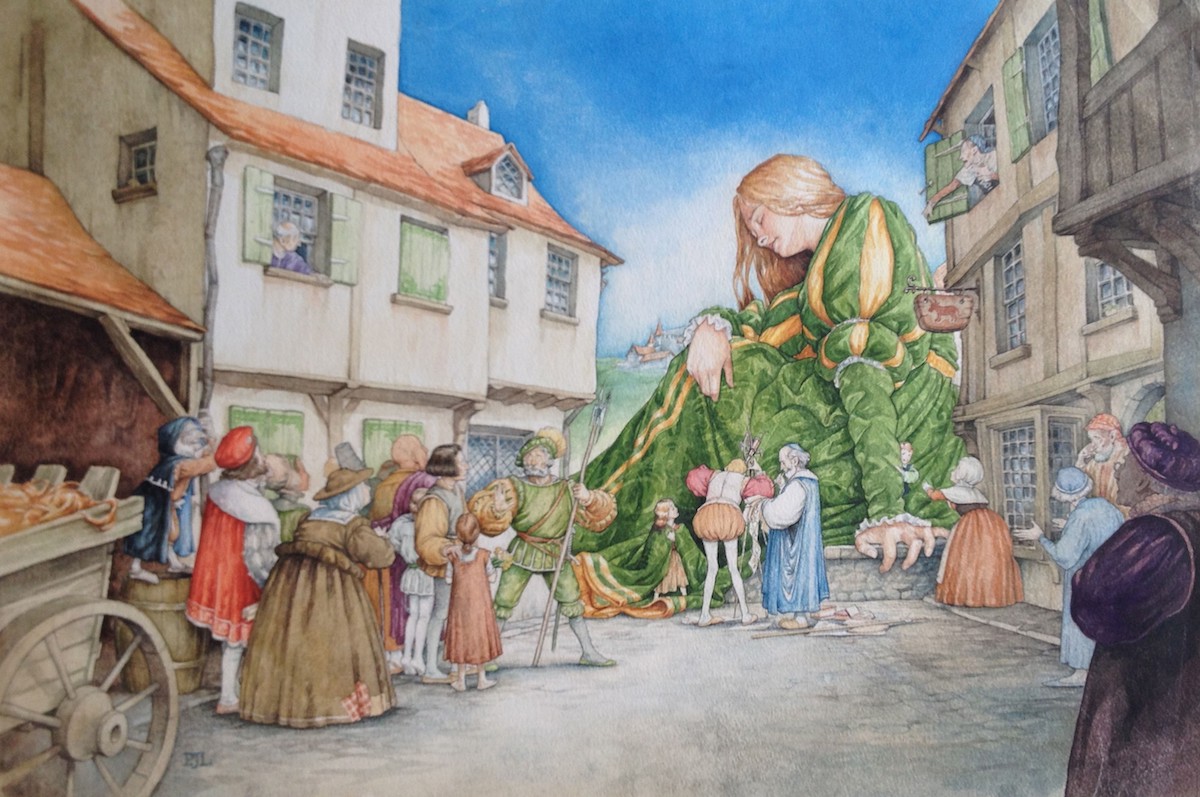 Over the last three decades, PJ Lynch has illustrated books authored by some of the greatest writers for children. Born in Belfast in 1962, he attended Brighton College of Art where he was taught by Raymond Briggs. He has won many awards including the Kate Greenaway Medal on two occasions, first for “The Christmas Miracle of Jonathan Toomey” by Susan Wojciechowski, and again for “When Jessie Came across the Sea” by Amy Hest.

“The Christmas Miracle of Jonathan Toomey” has sold more than a million copies in the USA alone, and has recently been made into a movie. In recent years PJ has designed posters for Opera Ireland and the Abbey Theatre as well as several sets of Irish stamps. In 2006 Lynch completed two large murals on the theme of Gulliver’s Travels for the new Cavan County Library, and he has designed a giant mosaic for the Marian Shrine in Knock, Co Mayo which was unveiled in February 2016.

PJ has lectured on his own work, and on art and illustration at the National Gallery of Ireland, The National Library of Ireland and at the Irish Museum of Modern Art, as well as at numerous conferences and colleges across the U.S.