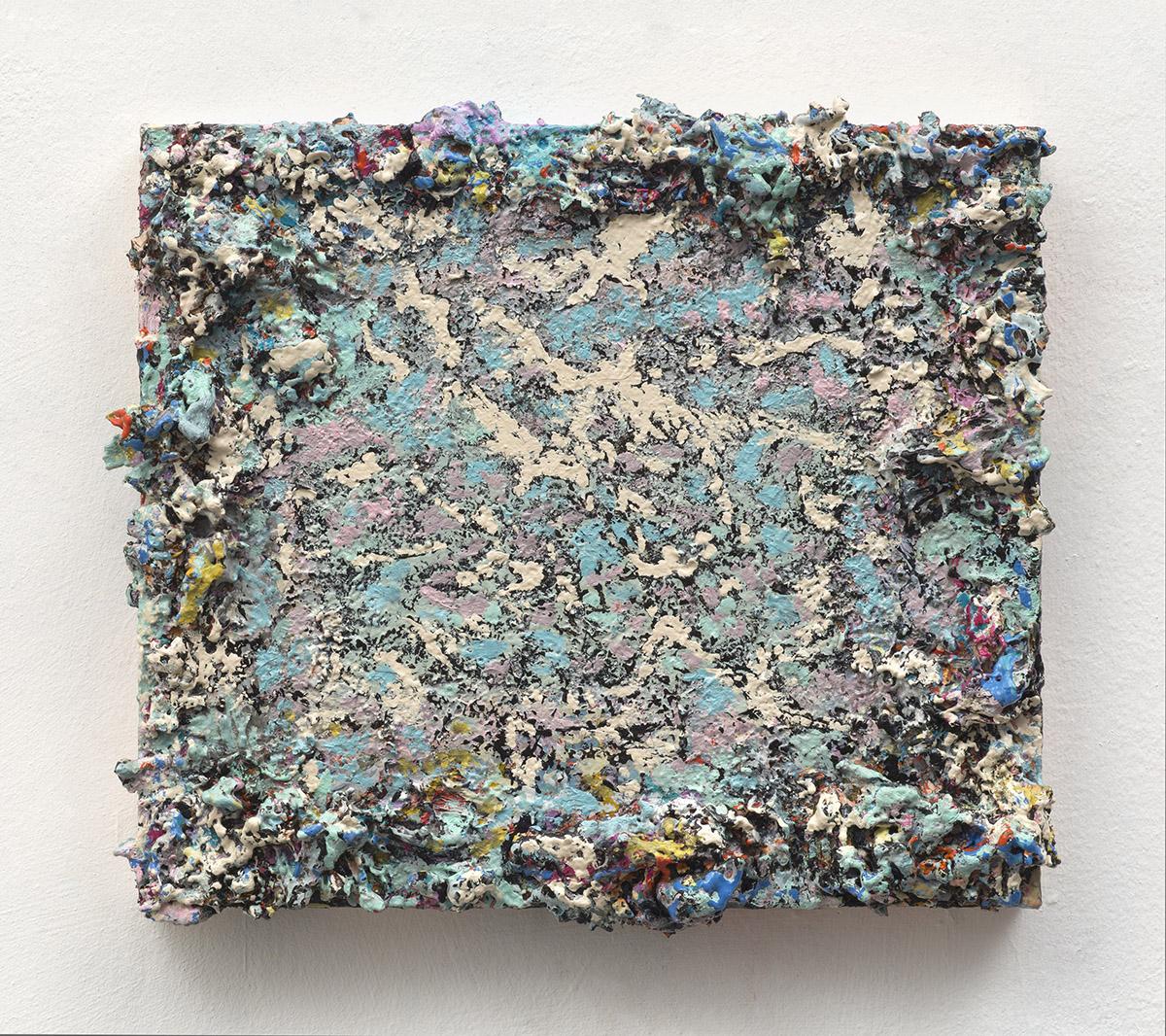 Kerlin Gallery is delighted to present Deepdrippings, an exhibition of new paintings by Phillip Allen.

Since graduating from art college in London in the early 1990s, Phillip Allen has pursued a path in painting that has taken him from illusionistic, semi-figurative landscapes, to arriving over the past decade at total abstraction. Consistent throughout the evolution of Allen’s practice has been his fascination with the sculptural qualities of paint. This has never been more evident than in his new series, Deepdrippings, where the artist has intensively worked and re-worked the paintings, in some cases for several years, to create a deeply layered surface abundant with impasto paint.

While previous work has seen Allen play with pictorial tradition, using framing devices to challenge the viewer’s perception of space and depth, these new paintings privilege surface over illusion. Shapes and forms buzz and hover as if in mid-air; jostling for our attention, rather than receding into the distance. Deepdrippings is an exploration of density, with tar-like globules almost fizzing on the surface of the paintings. This is intensified in Allen’s highly condensed smaller paintings, which in their minute brilliance recall neutron stars – the smallest but most densely packed celestial objects in existence, of which a teaspoon-sized amount would weigh about 10 million tonnes.

The new work presented in Deepdrippings marks a significant development in Allen’s practice, but as pointed out by the art critic John Yau (Hyperallergic), ‘For all the radical changes that Allen has made … his long preoccupation with paint as matter has become increasingly evident.’